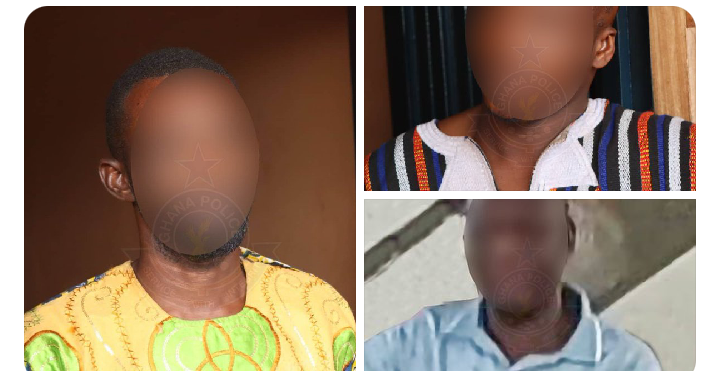 The Ghana Police Service has grabbed three suspects in connection with the Murder of a 27-Year-Old Lady at Sefwi Bekwai Atwumah in the Western North Region.

According to the polices, their investigations revealed that the deceased was found headless in an uncompleted building. The lady who is 27 years old met he untimely death after she traveled to consult a spiritualist in Sefwi Bekwai. The report revealed that she was lured by one of the suspects who is currently in Police custody.

The Ghana police in an official statement noted that the deceased "Martha Tetteh, a resident of Kumasi in the Ashanti region, travel to Sefwi Bekwai, on June 27 2022, allegedly to consult a spiritualist. Her headless body was later found dumped in an uncompleted building at Sefwi Bekwai.

The suspects Solomon Sam, also known as Paa Solo, John Nana and Osofo Atta who is alleged to be a spiritualist were arrested following police investigation into her murder.

The police noted that during their interrogation process, the suspect Osofo Atta admitted to being involved in the crime and mention the other two suspects. The investigation also revealed that Solomon Sam was the one who lured the victim to consult the spiritualist.

The suspect were put before Court on Thursday July 21st, 2022 and I will remanded to reappear on August 4 2022. 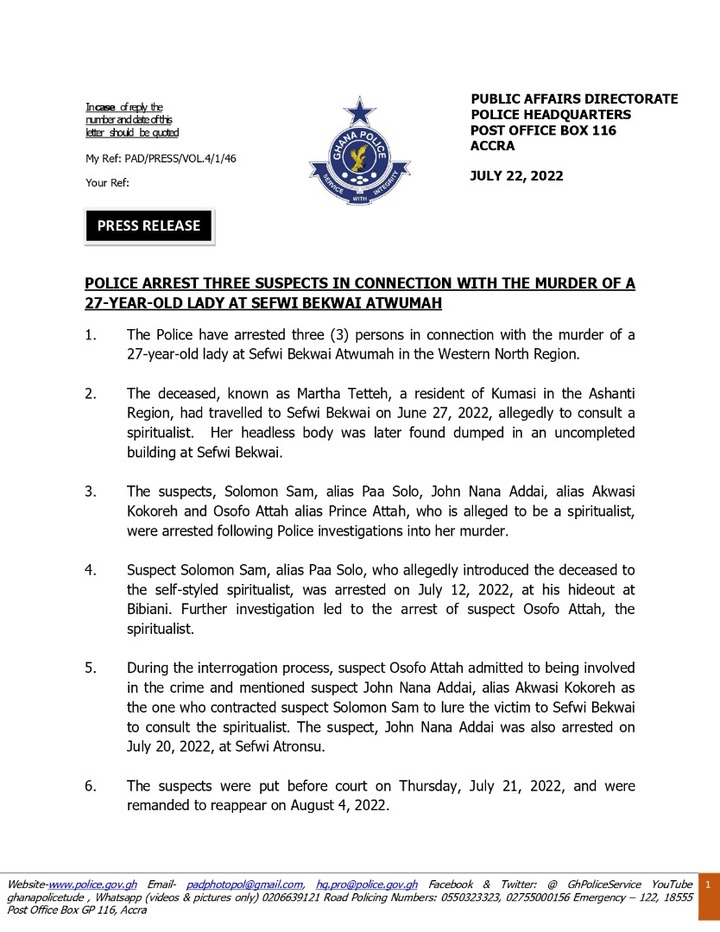