Your favourite TV station, tv3 is celebrating its 24th Anniversary

By Akosua_Witty (self media writer) | 24 days ago 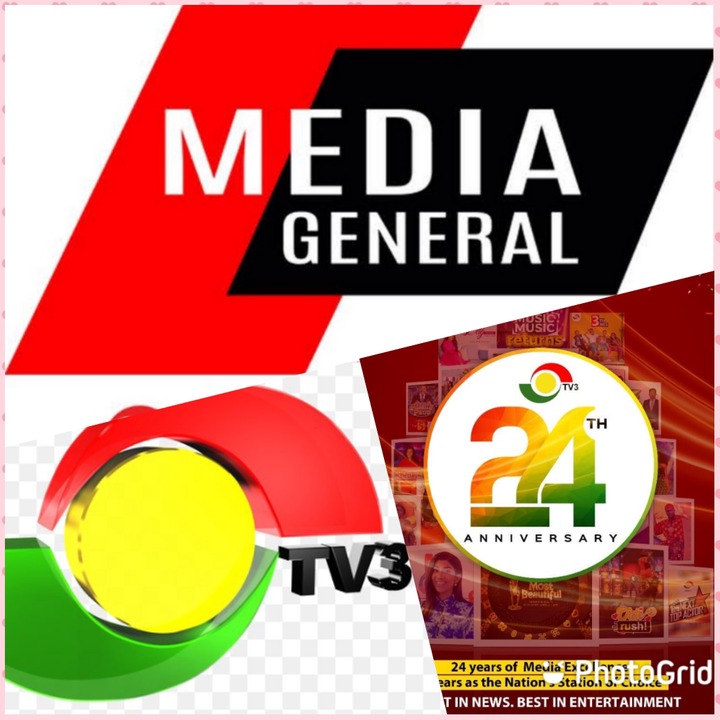 TV3 is a private free-to-air television station in Ghana. It was launched and begun on-air transmission on 1st October, 1997 with initial coverage in Greater Accra Region, part of Central, Eastern and lower Volta Region. TV3 network was launched by Thai Company BEC-TERO. TV3 airs and produces a variety of television programs including acclaimed news bulletins, dramas, successful reality and entertainment shows. It was later sold to Media Prima, a Malaysian Company in 1999 and later take over by a Ghanaian company called Media General Ghana Limited in 2011. 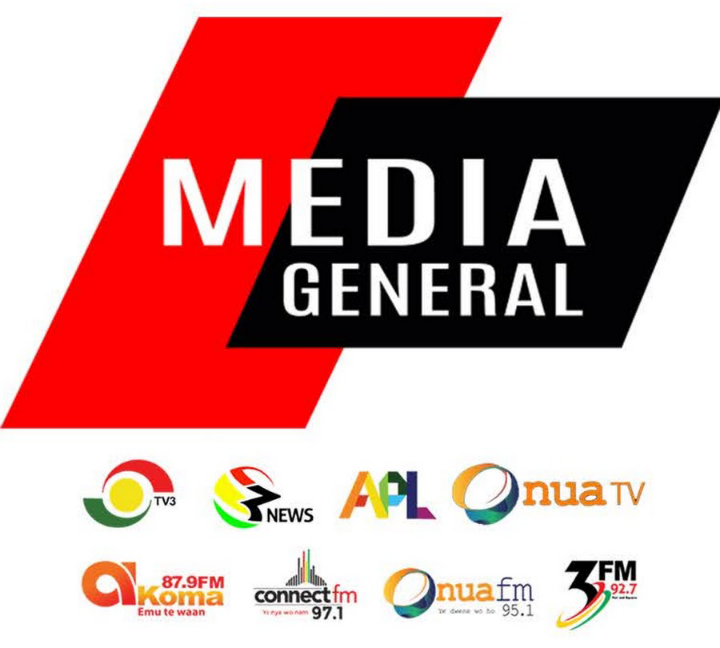 TV3 is privately owned TV in Ghana. The TV station has succeeded not only in broadcasting it's network to all regions in Ghana but also struck a deal with South Africa's MultiChoice allowing it to broadcast through out Africa. Without any doubt, TV3 still remains very popular for its Mexican telenovelas, Korean series and music, and a variety of local and foreign movies. Through all the programs aired, TV3 educated and entertains its viewers. 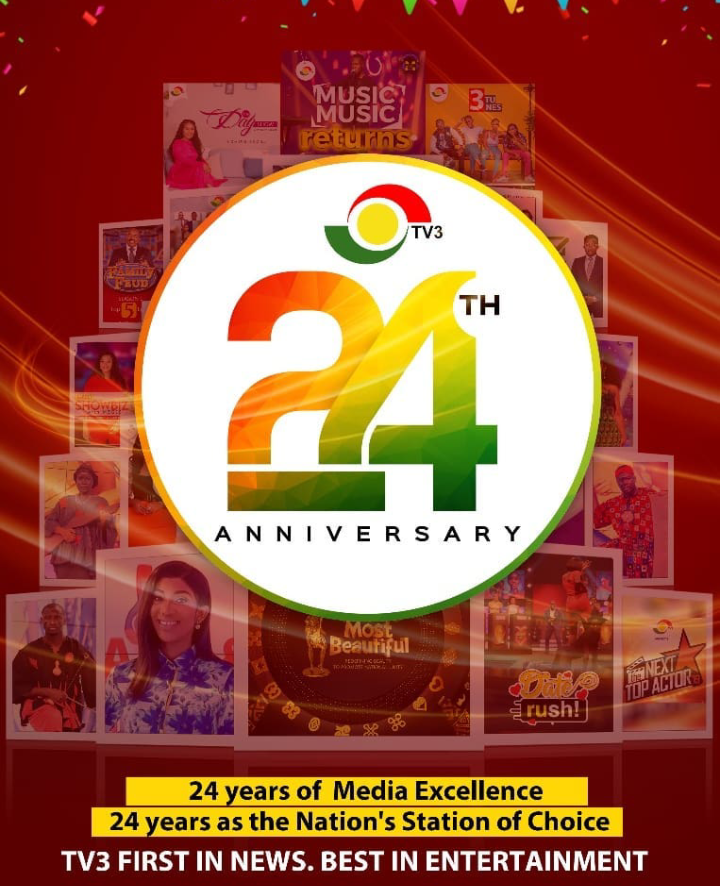 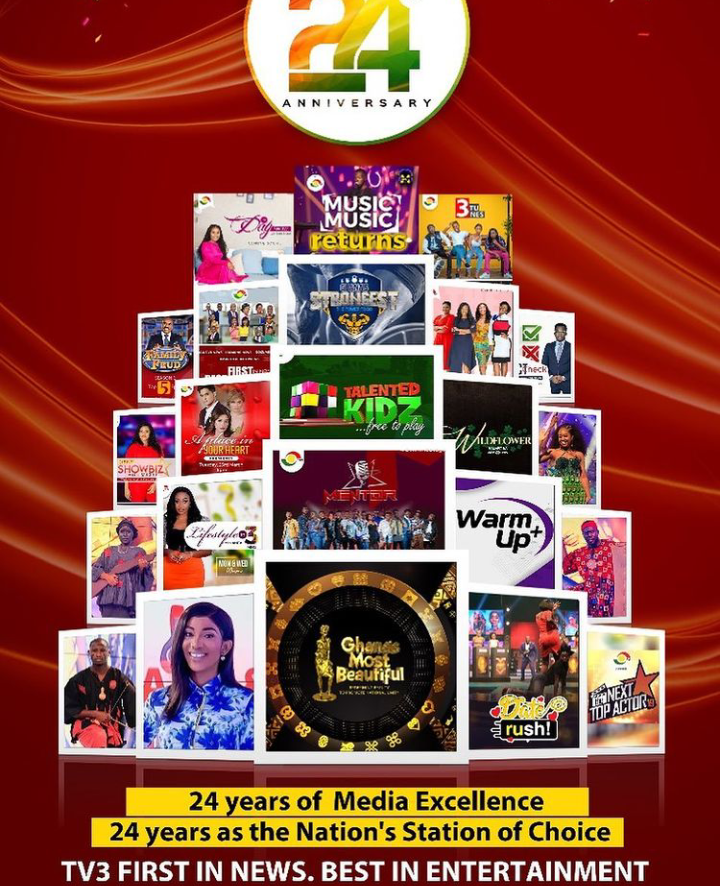 The station is graced with lovely hosts and presenters like Giovanni Caleb, Anita Akua Akuffo, Bela Mundi, Steve, Johnnie and so on. 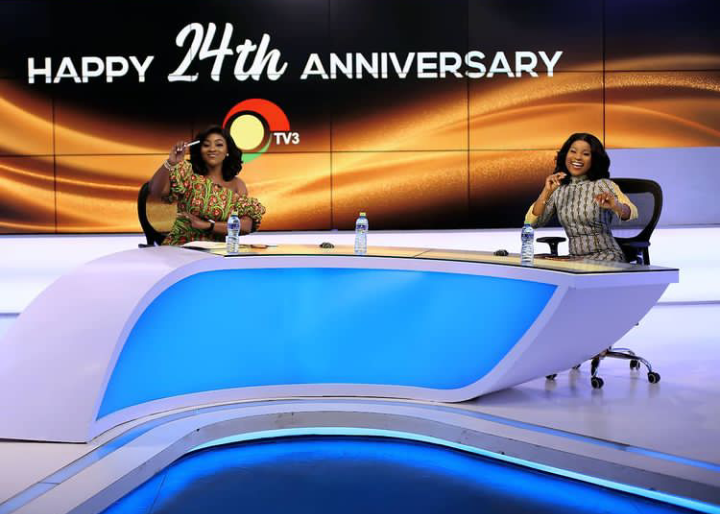 Feeling bored at home? Just tune in to TV3 whether digital or not you are going to enjoy a whole blast of joy with TV3.

Happy 24th Anniversary TV3. Continue to bless ur viewers with thrilling scenes from your studios.

Content created and supplied by: Akosua_Witty (via Opera News )