Police have seized the motorist who is suspected of being responsible for the fatal accident in Akomadan, Ashanti Region. The driver has been located and is assisting with inquiries, according to DSP Joseph Gyasi-Agyemang, the Akumadan District Police Commander. This same driver, according to DSP Gyasi-Agyemang, needed medical attention, thus they are seeking professional help for him. 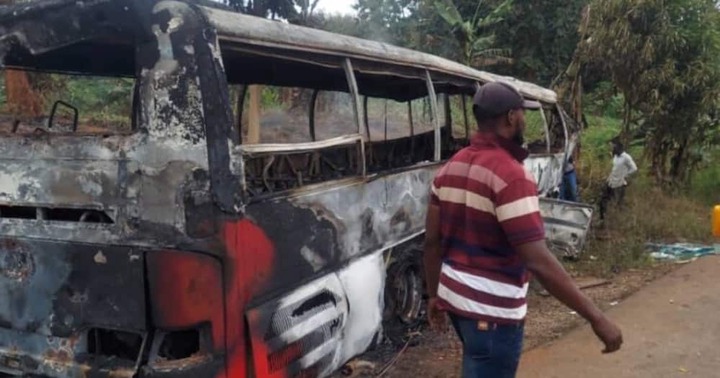 "My criminal officer dispatched a squad to Ahenkro, and they returned with him." He has been held since then. He was also complaining of physical pains, so I've instructed the investigator to transport him to the hospital so that he may be treated," he said.

What triggered the Akomadan mishap? Similarly, a vehicle from Lawra in the Upper West Region collided with a stalled car at Akomadan in the Ashanti Region, killing several persons. The van, that was transporting 37 travelers, went up in flames, and several of the passengers died as a result of the fire. According to a report made by Kasapafmonline, the terrible tragedy occurred on Tuesday morning, October 2, 2021. One of the passengers on the bus, who happened to be an eyewitness, was able to smash the glass and flee.

When the motorist, who was traveling at full speed at the time, reached the improvised checkpoint, he was forced to hit the brakes, according to an eyewitness called Kwasi.

"He couldn't break quickly because he was going too fast," he explained, "and collided into a stationary car at the barrier, resulting in the collision..."