Secret Number 4: None Of Them Died A Normal Death.- Captain Reveals Mystery On Convoy Riders Deaths

The outspoken television journalist, captain smart is at it again as his fight for the change in the leadership style of this country is still on course.

He has today blown the cover over a very mysterious occurrence that has been consistent with all the five successive presidents since the inception of the 4th republic in 1992. Speaking today on Accra based Onua TV during the Onua maakye morning show hosted by himself, the controversial captain smart boldly revealed the mystery behind the deaths of at least two presidential convoy motor riders from the time of Rawlings to Akufo Addo. 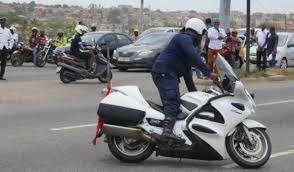 "The death of these motor convoy riders from the time of Rawlings to Akufo Addo is not a normal death. It has a mystery behind it and at the right time Ghanaians will get to know the kind of leaders we have had in the past 29 years", he boldly stated.

He warned those trying to pull him down in his fight against the fourth Republic to be very careful because if he decide to bring out the chunk of information he has gathered about this current and past government, they will all flee from this country.

Do you agree with captain smart that the routine death of the motor convoy riders of all five presidents has a mystery behind it rather than being just an accident?