'What Is In Me Is Greater Than What Is In You' : Drama As Policeman Lock Horns With Driver 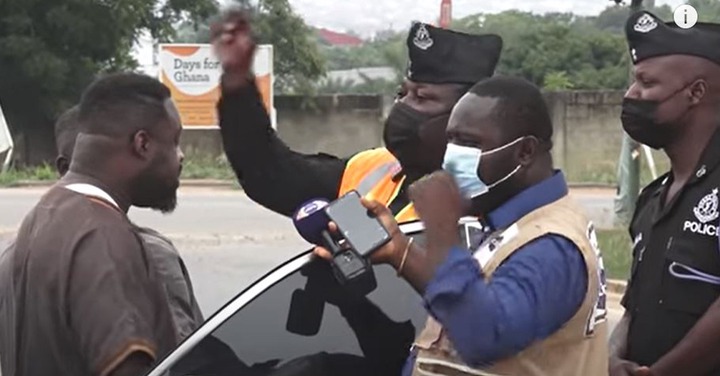 The police in one of their operations to clamp down on drivers who flout road safety rules were on some of the busy roads in the Greater Accra Region.

More drivers had been arrested and others were being interrogated in the exercise when a driver in a white private vehicle with registration number, GR 444-18 approached.

Even as he saw the police officers on the road, he was busily speaking on the mobile phone with another person. Apart from that, he had refused to wear his seat belt and that was enough for the policeman on duty to question him. He was stopped for questioning and this is where the drama began. The policeman made his offenses clear to him and indicated that he was under arrest for refusing to put on a seat belt and speaking on phone whilst driving. 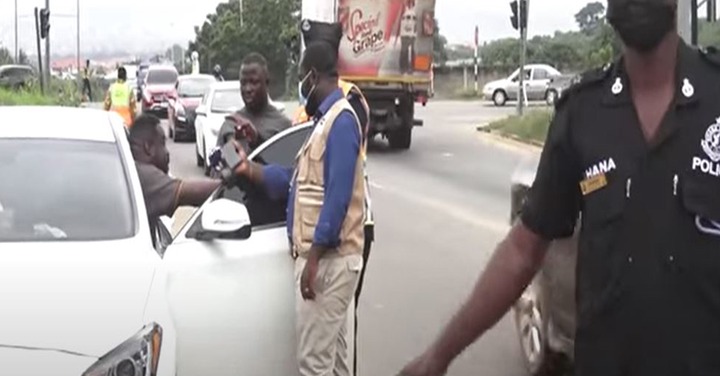 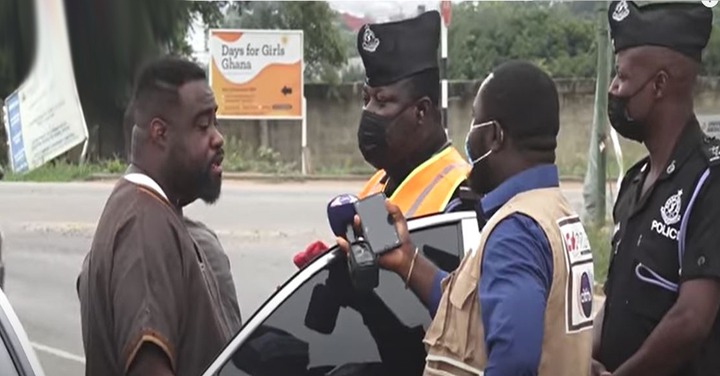 The driver still faced the Police officer and told him again that he was not scared to be arrested and that he was ever ready to battle it out with the police officer in any court in Ghana. He dared the policeman to take him to court. The officer tried to explain things to him, but the driver was being authoritative and insisted that the policeman cannot arrest him. 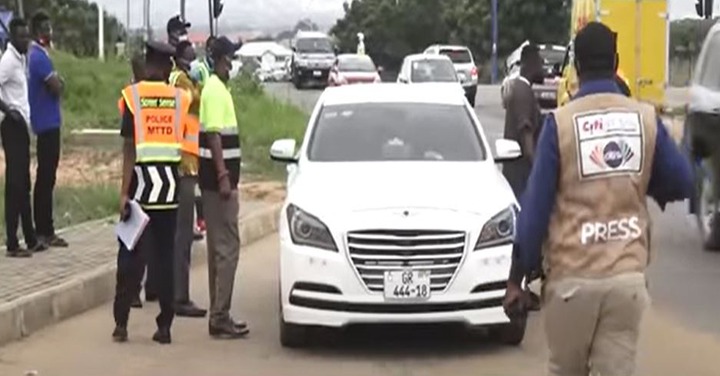 After several confrontations, another policeman accompanied the driver to the police station and he is sure to face the laws of the country in court. His behavior was making others believe he might have links to higher authorities. But in whichever way the case was, the driver should have corporate and allow the police officer to execute his job. They have always been our friends and are there to ensure the laws of the country work for the betterment of all.