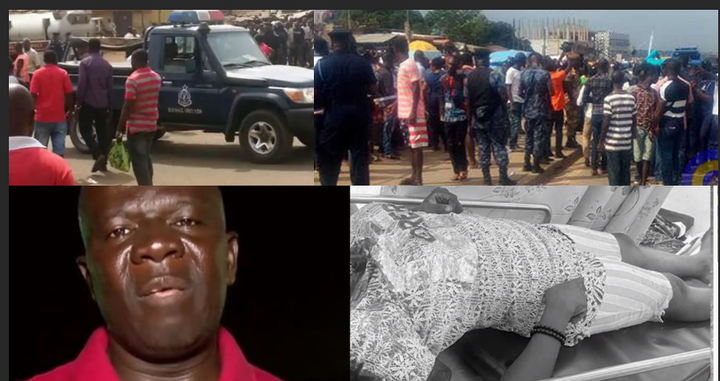 The Ashanti Region has been one of the hotspots for criminal activities in the country. Residents in the region’s capital of Kumasi have on many occasions lamented how their lives are being threatened by armed robbers and other criminals. The armed robbers who operate in the area are notorious to the extent that they strike in broad daylight and kill innocent persons.

The Ashanti Region Police Command has adopted several measures to ensure the activities of armed robbers are reduced to the minimum. In this vein, they have arrested several of the armed robbers and other criminals lately and destabilized their hideouts but that has not deterred them from striking. They seem to be returning from their hideouts and this time around, they are not sparing anyone who comes their way.

They have struck again and this time around, they made away with a mobile phone and killed their victim. Blood was seen on the road where the incident happened with many residents gathered with surprises on how they were able to carry out the raid so fast. A young girl who is only twenty years old met his untimely death when the armed robbers attacked her at one of the busiest junctions in Kumasi. 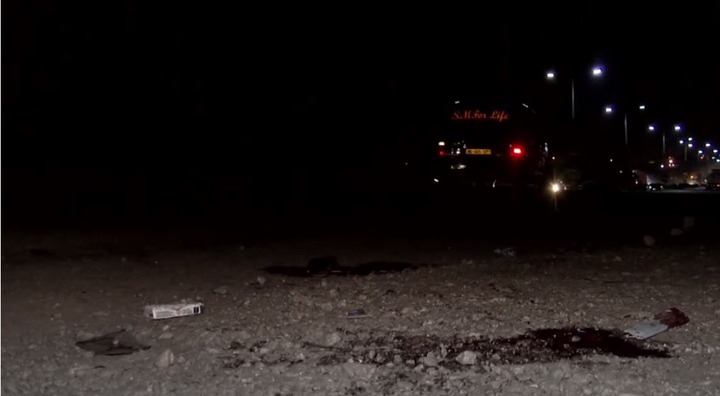 The sad aspect of the entire heist is that the robbers only took away her mobile phone in exchange for life. The act of the armed robbers beats the imaginations of many who wonder if they had other issues with the young girl. An eye witness who got to the scene immediately after the shooting quickly arranged the young girl in his car in an attempt to save the situation but it was too late.

She was shot through the chest and died instantly in cold blood. The man who tried to save her, Nana Boateng could not hold on to his tears since his efforts to save her came late. This is a wake-up call for the police in the Ashanti Region to increase their visibility in almost every street in the Capital. This can scare the armed robbers from terrorizing citizens. But let’s trust the police to arrest the killers as soon as possible as they have been doing lately.