Do You Know The Various Ranks In The Ghanaian Military? Check It Here.

By Guudey (self media writer) | 2 days ago 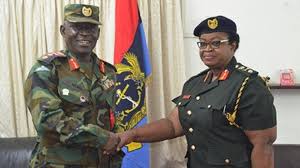 Until today, you probably was not aware that the military men you see around are the different and ranked. If you have no idea, then come on and let us walk you through the different ranks. This article seeks to throw light on the different rank names, how they are earned among others.

The different ranks of Ghana army forces  are the military insignia used by the Ghanaian soldiers locally and internationally. The Ghanaian army ranking is very similar to that of United Kingdom.

Our army forces is composed of three commands; the Northern command, with its headquarters in Tamale, the central command with headquarters in Kumasi and southern command in Accra. Below is a list of the Ghana army ranks structure in ascending order.

The armed forces has different ranks. Officers with higher ranks have more responsibilities than officers with lower ranks. The Army is further divided into two groups; Officers and Enlisted Officers 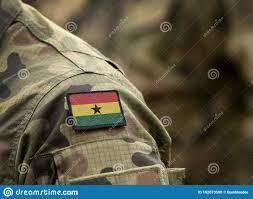 Officers; They are the heads, directors, influencers, managers to the the Enlisted Officers.

Officers in order from down to top;

Enlisted officers; These officers only act when there is an order from above, that the Officers.

Enlisted officer ranks from down to top are; 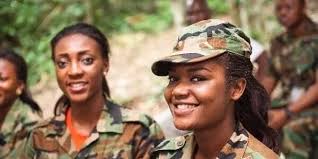 During the earlier days of the military, recruitment was done with less emphasis on level of education unlike today where people with higher education are preferred. Formerly, the most important requirement was to be physically built and fit, someone without body scars, any special sickness.

General roles of the Army

1. They exist purposely, to serve the people of Ghana and to defend the nation.

2. They also serve the national interest and to fulfil national military responsibilities as and when they arrive.

3.The Ghanaian army is responsible for recruiting, training and equipping soldiers with logistics and machinery to sustain, disarm, combat and stability operations on land.

4. They are supposed to apply their military intelligence to support civil authorities.

5. Finally, the Ghanaian is deployed for peace keeping missions, where they monitor, cease fire, help to disarm warring factions.

If this article was helpful, kindly share to your love ones so that they will also know.

Content created and supplied by: Guudey (via Opera News )