Sarkodie, also known as Michael Owusu Addo in the entertainment industry, paid a courtesy call on the Ashanti Kingdom's King, Otumfuo Osei Tutu II, at the Manhyia palace today. Many consider the well-known rapper to be the King of Ghanaian rap and, by extension, Africa. He is well-known for his fast-paced rapping abilities.

On the other hand, the Ashanti region's overlord is regarded as one of Ghana's and, to a greater extent, the world's most famous monarchs.

It's unclear what was talked about at the palace. Following their meeting with the monarch, the rapper and the king shared a series of stunning photos that are sure to bring a smile to people's faces.

It is not clearly known what the visitation involves, but then it is known that the rapper has an appointment in the region, specifically Kumasi. It is also not too clear whether whichever agenda it is has any connection to do with his upcoming album.

Below are some of the pictures which were taken during the visit to Manhyia palace.

It is unclear what the visitation entails, but it is known that the rapper has a scheduled appearance in the region, specifically in Kumasi. It's also unclear whether whatever agenda he's working on has anything to do with his upcoming album.

The following are some of the photographs taken during the visit to Manhyia Palace. 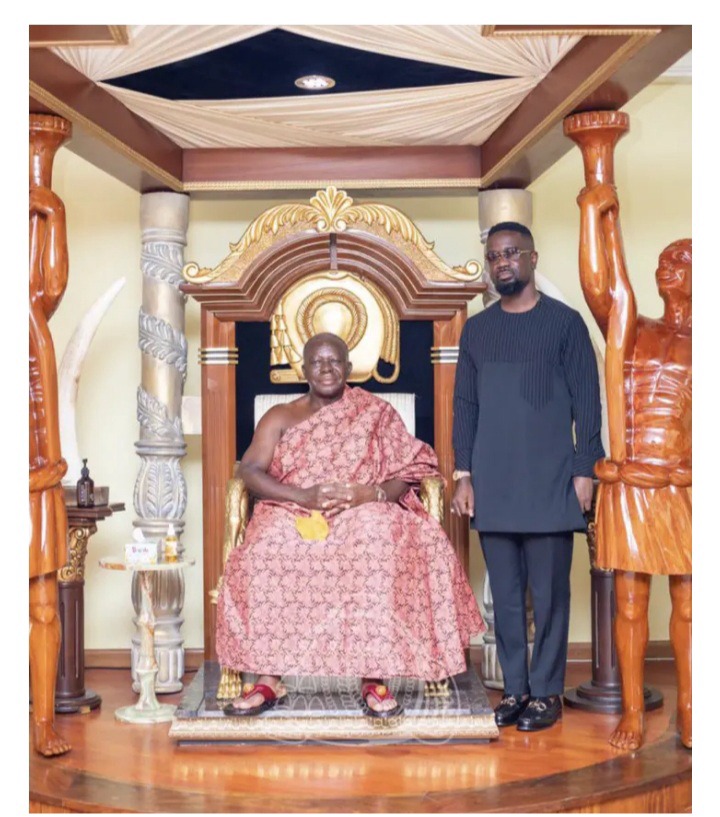 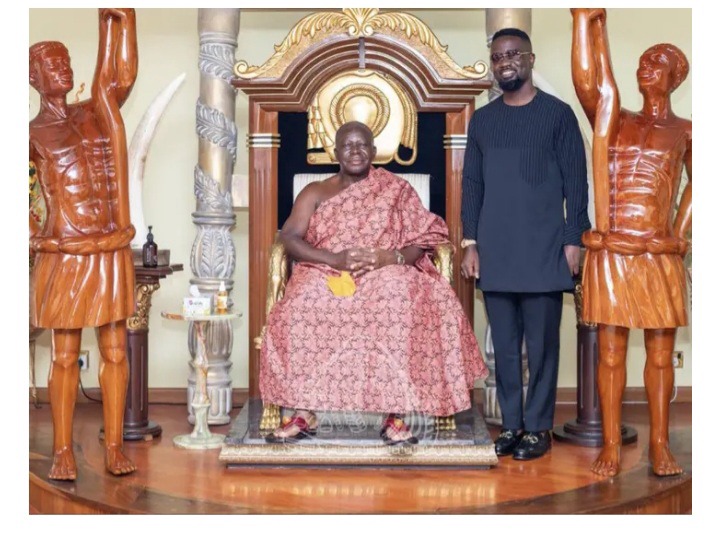