We are unhappy with prosecutor for his continuous absence at court

By DailyNewzonline (self meida writer) | 12 days 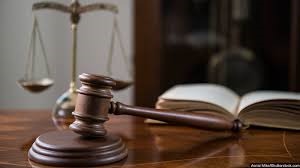 The family of a complainant, Clement Ackwerh, says he is unhappy with Chief Inspector Francis Acquaye, prosecutor, for his continuous absence at the Sege District Court to assist the latter in trial seven accused persons for allegedly causing harm to the complainant.

The case has been called 14 times since its first hearing on July 27, 2020, and out of the 14 times the complainant and his family appeared in court, Chief Inspector Francis Acquaye has not made more than five appearances.

The brief facts are that on April 28, 2020, the accused persons reportedly attacked Clement Ackwerh, a farmer, on his farmland at Hwakpo in the West Ada District.

The accused persons reportedly inflicted cutlass wounds on Clement’s body and palm who managed to escape on his motorbike.

Clement Ackwerh later reported the incident to the Sege District Police who gave him a police medical form for treatment and subsequent arrest of the accused persons.

The police, after their investigations, processed the seven for court with the first hearing on July 27, 2020, when Chief Inspector Francis Acquaye, the prosecutor, appeared in court.

The case has since been adjourned 13 times from August 13, 2020, to June 7, 2021, and the complainant and his family have not been satisfied with the attitude of the prosecutor for his absenteeism at court to enable the court to speed up the trial.

On May 27, 2021, when the case was scheduled to be heard, the complainant and his family were in court but the Chief Inspector Acquaye was absent. However, the court did not sit on that day because the presiding judge was indisposed.

The court’s registrar, therefore, gave June 7, 2021, for the hearing, a new date the complainant and his family reported to the prosecutor whose office is a stone’s throw to the court.

Sadly, when the complainant appeared on the new date and the case was called, Chief Inspector Francis Acquaye was nowhere to be found in the room.

The one too much absenteeism by the prosecutor to appear in court to enable a speedy trial of the case compelled His Lordship Narh Awah, the judge, to warn of striking out the case that has been before the court for over a year now.

The warning has infuriated the complainant’s family to express their dissatisfaction at the deliberate attitude of the prosecutor whose absenteeism compelled the court to sound the strong warning of striking out the case should the prosecutor fail to appear on the next adjourned date, July 7, 2021.

Content created and supplied by: DailyNewzonline (via Opera News )