By Tinchie (self media writer) | 17 days ago Robbery is a crime, and as such, no person is spared when caught. The law is no respecter of the needy or poor who indulges in a robbery. But for some suspects and accused persons, the pressures in today’s life had caused them to steal so they could survive.

Relating to the update as provided by the Ghana Police Service in respect of the Anlo- Afiadenyigba robbery, some Ghanaians have remarked that the suspects might have acted as a result of hunger. Though funny, the comment opens up discussions around socio-economic distress situations that contribute to crime such as robbery.

In a rather non-violent and low-incidence of robbery in the Volta Region, reports by the Police had raised concerns about what might be contributing to it. One Frank DreamOcean posted a comment to the update provided by the Ghana Police of the latest arrests that have been made on suspects. 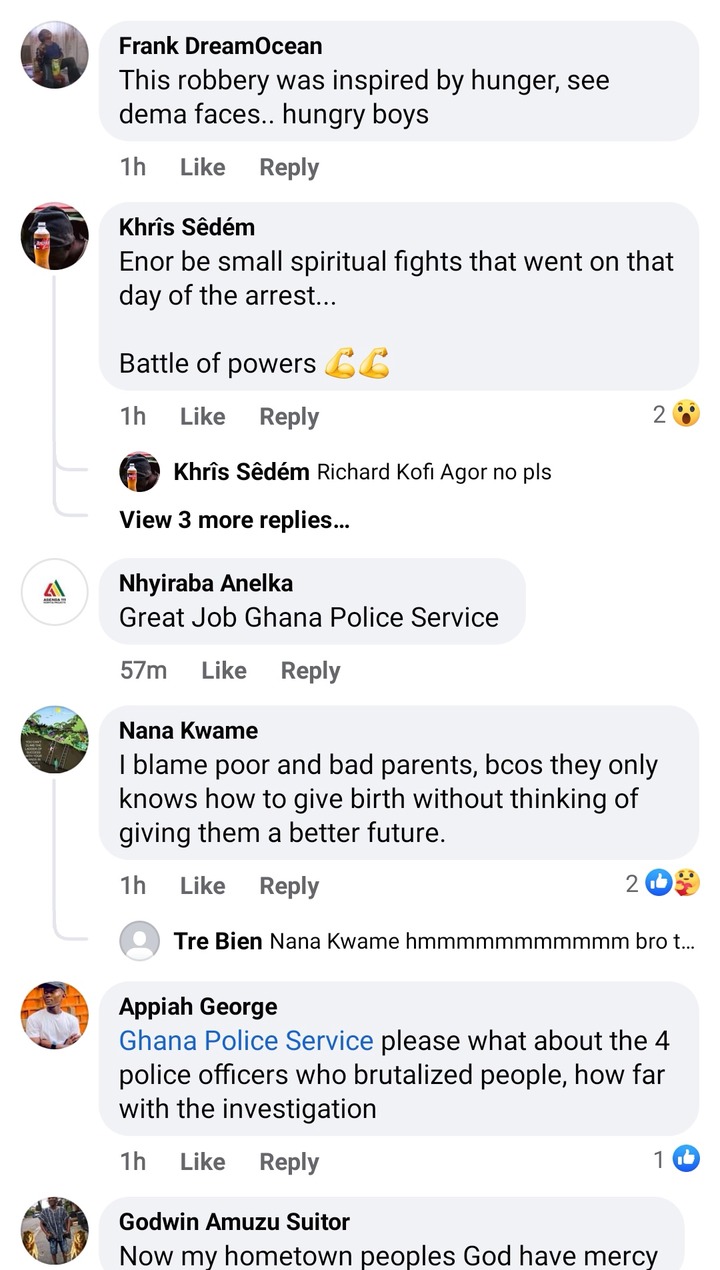 He sought to avert the minds of the Police and Ghanaians to the fact that the suspects are desperate and hungry and that could have been a motivating factor for them to indulge in a robbery.

“This robbery was inspired by hunger, see their faces…hungry boys,” he wrote on Facebook.

One other gentleman, Nana Kwame shared the same sentiments. He argued that the blame should be laid on poor parentage. The emphasis on uncontrolled and irresponsible childbirth accounting for poverty and crimes was highlighted in his argument.

It makes much sense given that one of the five (5) suspects who were arrested on October 1, 2021, was an 18-year-old boy, Akwasi Owusu. Two other suspects, believed to be siblings; Ahadzi Anane aged 23, and Ahadzi Kwame aged 33, were arrested in an attempt to escape to Togo.

So far, a total of ten (10) suspects have been arrested by the Police concerning the robbery on the private company in Anlo- Afiadenyigba. According to the Police report, two of the suspects whose names have been withheld are staff of the company who conspired with these criminals to steal the car from the company.