By adsamuel (self meida writer) | 17 days

There have been no developments with Saul Niguez's proposed move from Atletico Madrid to Barcelona and the Spain midfielder's agent has been contacting several clubs, with Liverpool and Manchester United possible destinations for the 26-year-old.

Carles Perez and Marash Kumbulla got the goals as Jose Mourinho’s Roma beat newly-promoted Serie B side Ternana 2-0, with Edin Dzeko back in the captain’s armband.

Juventus will have to pay £43m in order to land Brazilian striker Gabriel Jesus from Manchester City. The Serie A side have identified the 24-year-old, who has two years left on his City contract, as one of their top targets. 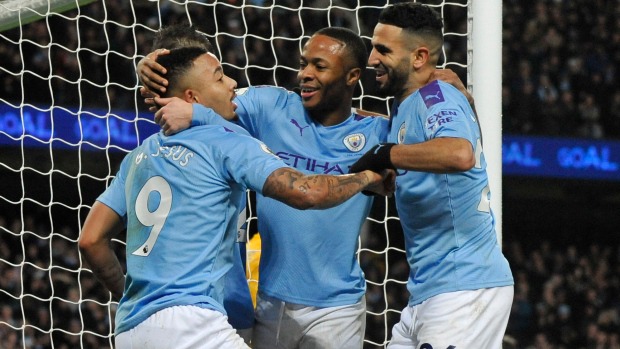 Barcelona are interested in signing Lille and Portugal midfielder Renato Sanches on a loan deal with an option to buy. The 23 year old is valued at £30m by the French champions, a price Barca cannot afford to meet.

Barca may also freeze Philippe Coutinho out of first team action if they fail to offload the Brazilian playmaker, 29, this summer. Coutinho is 10 games away from activating a clause which would see the La Liga club pay Liverpool an extra £17.1m, having signed him from the Premier League side in January 2018.

Cristiano Ronaldo posted "decision day" on Instagram the day after L'Equipe reported that the transfer of Argentina striker Mauro Icardi, 28, from Paris St-Germain to Juventus depends on whether the Portugal forward, 36, leaves Juve.

Manchester United manager Ole Gunnar Solskjaer says 28 year old English attacking midfielder Jesse Lingard, who impressed during a spell on loan at West Ham last season, is in his plans at the moment.

Bayern Munich are keen to sell French midfielder Corentin Tolisso for £17.1m this summer. The 26-year-old, who has been linked with Juventus and Napoli, has a year left on his deal with the Bundesliga champions.

Inter Milan want to sign PSV Eindhoven defender Denzel Dumfries but can only afford to commit to a loan deal for the Netherlands international, 25.

Manchester United are the main interested party regarding Kieran Trippier but Atletico Madrid are keen to keep hold of the England right-back, 30.

Manchester City are set to offer Riyad Mahrez a new contract after the winger played a starting role in the club's Premier League winning campaign.

Jose Mourinho has started filming Roma training with a drone and installed a pitchside screen 'to show players their mistakes in real time' as he gears up for his first season back in Serie A.

Liverpool boss Jurgen Klopp has delivered positive updates on Trent Alexander-Arnold and Joe Gomez as they continue their returns from injury.

Juventus will hold further talks with Sassuolo in the next few days over the possible signing of the Italy midfielder Manuel Locatelli, a player who is also coveted by Arsenal.

Barcelona boss Ronald Koeman has issued his verdict on new signings Sergio Aguero and Memphis Depay ahead of the new season. “We had to improve our front line and he is a very experienced and dangerous player in the area. “I know Memphis very well and he knows how I work.

Rising Barcelona star Riqui Puig is not interested in leaving the club this summer despite a string of loan offers for 2021/22.