Thank you for opening this article kindly follow my handle for more interesting articles. 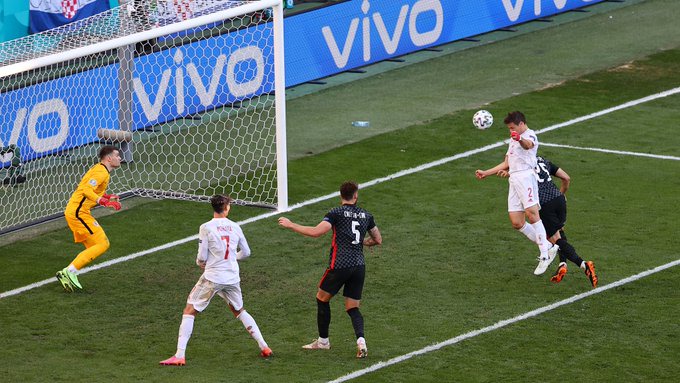 After scoring his first ever goal for the Spanish national team, the Champions League winner became the oldest player to have in Euros for Spain at the age of 31.

Chelsea fans reacted to the goal by comparing the skipper to the Portugal and Manchester United player who has failed to impress at the ongoing European Championship.

The Portuguese player who had an impressive season with Manchester United last season failed to record a single goal nor assist for his country who were eliminated by Belgium in the round of 16 after Thorgan Hazard long range shot.

Since the 31 year old defender has scored, it means he has scored more goals than the Portugal midfielder.

It also means that, Spain has won every match Azplicueta has started at the tournament after failing to win any of their opening two group matches.

Below are some of the comments made on by the champions league winners on twitter; 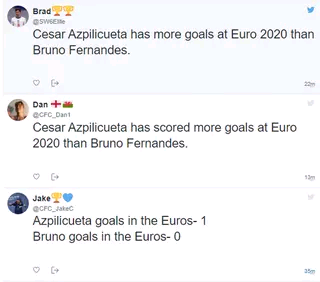 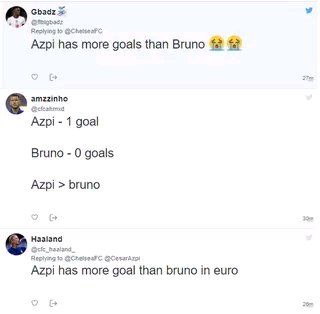 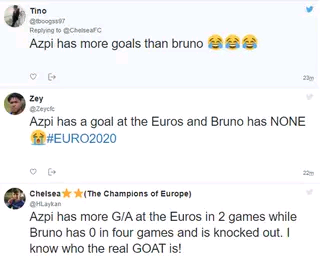