There is a certain level of anarchy and discontent at Agbogbloshie as the relocation process hits full gear. As was earlier on mentioned by the Greater Accra regional minister, Hon. Henry Quartey, people working at Agbogbloshie, specifically onion sellers were to relocate to Adjen Kotoku where arrangements have been made to accommodate them. This project is part of a greater scheme in making sure the Greater Accra region was worthy of its status as the national capital.

It was reported that there was initial resistance from the onion sellers with rumors rife that some of them had resorted to black magic or juju to eliminate the minister.

They eventually heeded to the directive even though they had their own misgivings. Earlier on today (Thursday 1st July), an entourage of task force and security agents moved there to clear the place.

Per reports, all was going well until they reached an area where the scrap dealers occupied. It is reported that they resisted any attempt to move. They set car tires ablaze in the middle of the road, a gesture to indicate their unwillingness to move amidst singing of war songs.

As security officers set out to calm issues down, gunshots were heard from the side of the scrap dealers, forcing the security agents to respond with warning shots.

Hopefully, calm would be restored and the task force will be allowed to do their job. 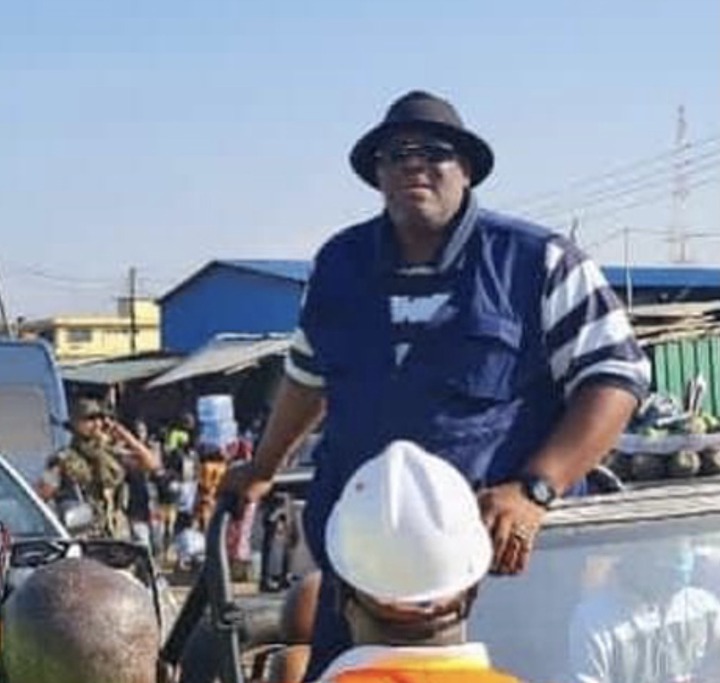 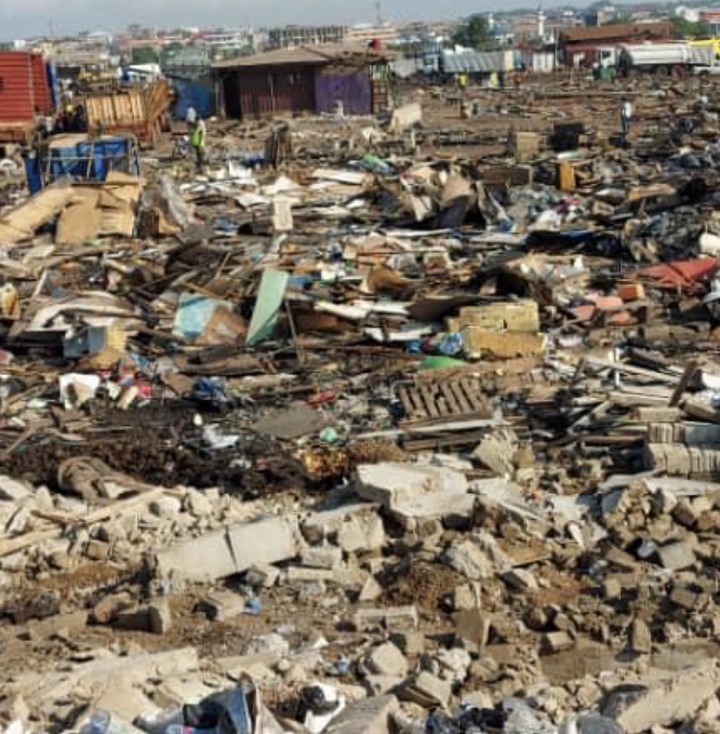 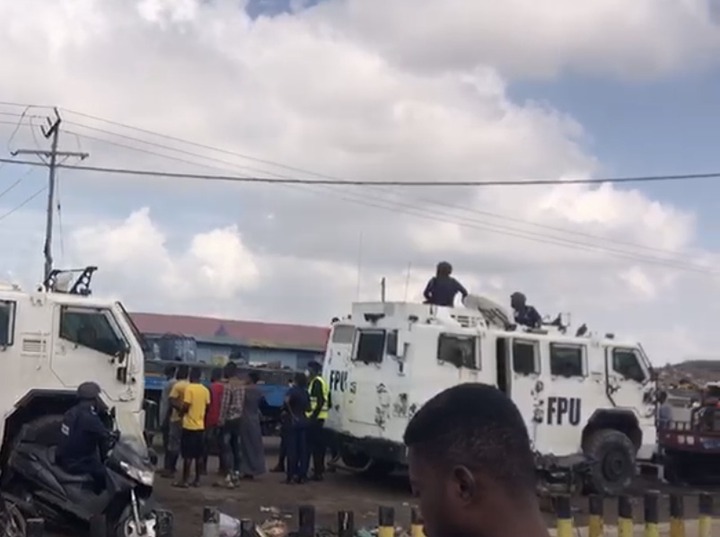 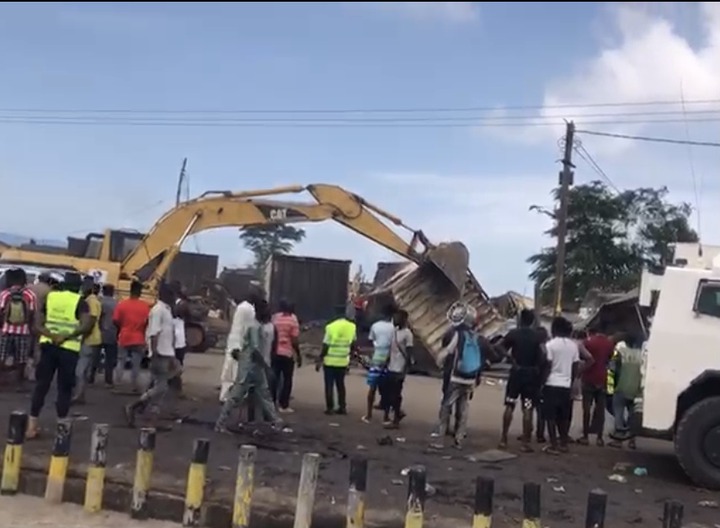 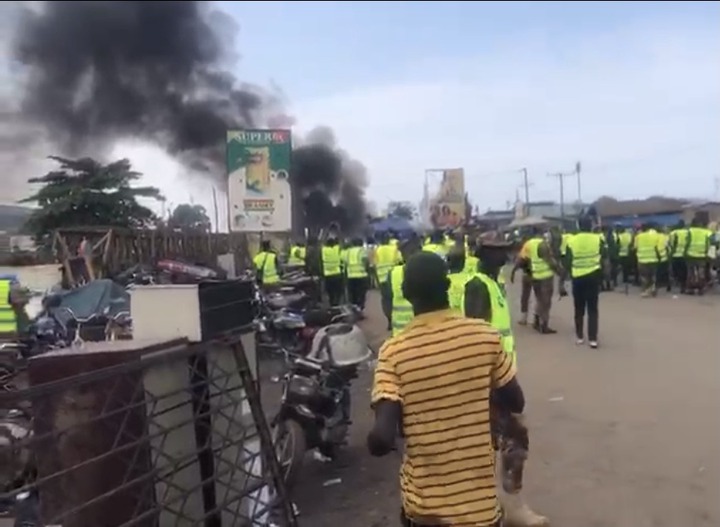 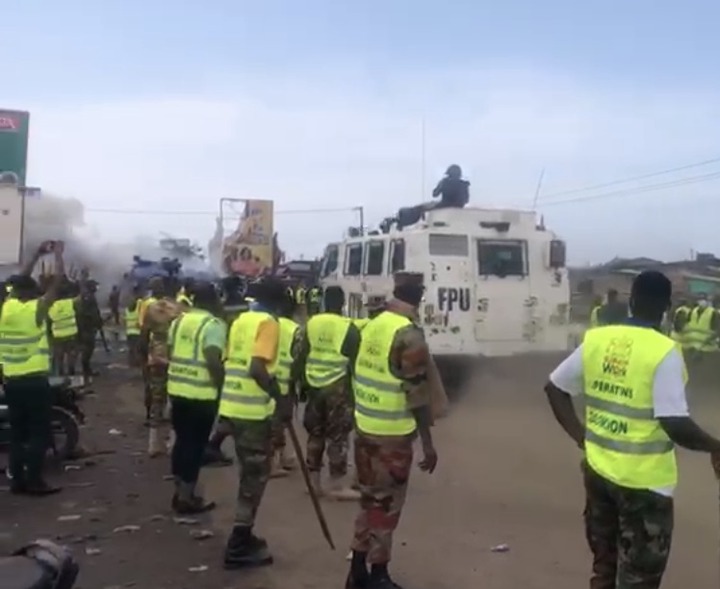