Delta force strikes again: An indication that vigilantism is here to stay?

The New Patriotic Party (NPP) vigilante group which earned the unenviable tittle of terrorising the Ashanti Regional Security Coordinator and later invading a Kumasi Court somewhere in 2017 has strike again. Similarly and with the same motives, the group known as the Delta force has forcefully removed DCOP Opare-Adoo from office.

Narrating his ordeal to Joy Fm, the former Ashanti Regional Police Commander told Emefa Appau that, he has often had brushes with members of the group who believe he is an impediment between them and their plans to mine illegally.

There are news that his appointment had been terminated, yet because of the absence of a substantive replacement he was hanging on. According to him, he was only waiting to hand over.

But there are more pressing issue, probably more critical than the terrorist act of these NPP vigilante groups. Their recent actions reveal the fact that we are becoming a dishonest nation, that does not uphold truth as it's cardinal principle.

Have we not been told that, these groups, especially those acting in the interest of the ruling NPP have been disbanded, and that the party had signed and committed itself to make sure that they remained disbanded? We were no longer going to hear them or see them perpetrate such atrocities again. At least we were made to believe so.

Alas, these undesirables were only on hibernation. A period of silence, may be because they have been paid to lie low, through partaking in galamsey activities. It is not surprising that, they have chosen this time to strike? A time when their source of illegal livelihood is being threatened due to the intensified galamsey fight.

The NDC is not in the news because of the actions of militants from their side for now. They will come into the picture and become topical for the same act when the NDC comes to power. For now, the NDC vigilante are only dormant but not unavailable. 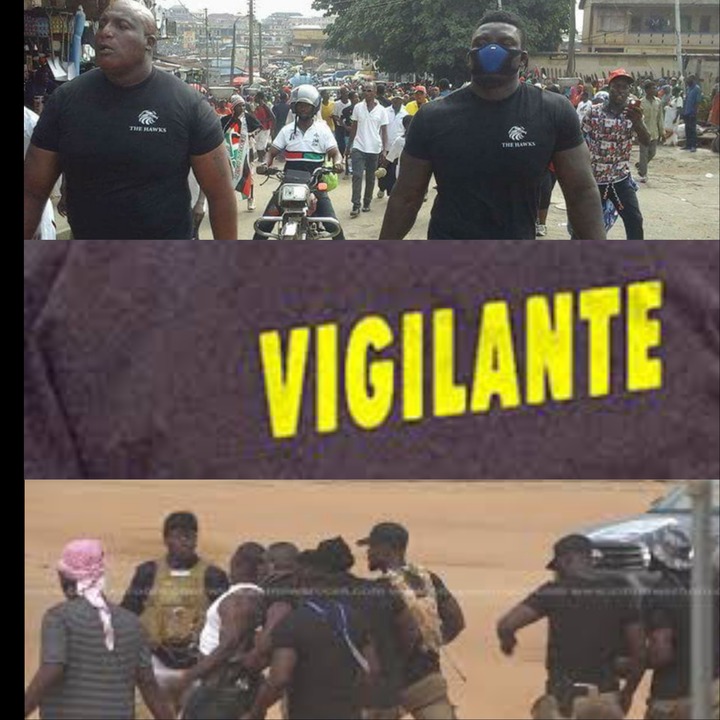 The phenomenon is here to stay. They derive their oxygen from political power. Once their part wins, they strike.