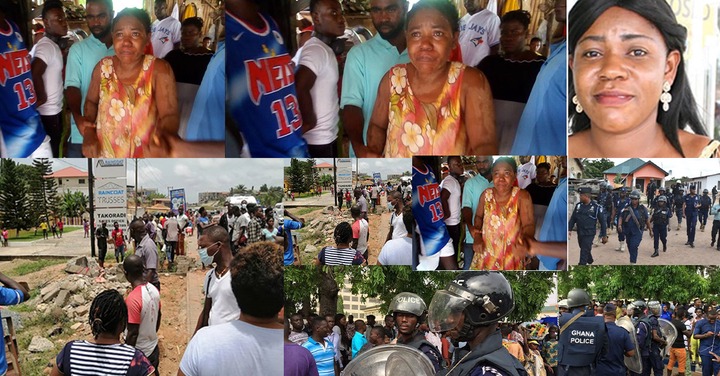 Fresh and heartbreaking details are emerging from Axim, the community where the pregnant woman who got missing a few days ago was found in the Western Region.

Soon after she was spotted lying helplessly at the outskirt of the community she is reported to have requested a pen and paper to write all her ordeals. A family member who spoke to BeaNana on condition of anonymity revealed that her relative was due for delivery on the same day that she was kidnapped.

As skillful as the kidnappers could be, they took away the baby after the delivery in the yet to be known location and left her to fight for her life. A job that requires the techniques of medical doctors was done with ease by the kidnappers. It is unknown if any of them was a medical doctor but the revelation is damning. 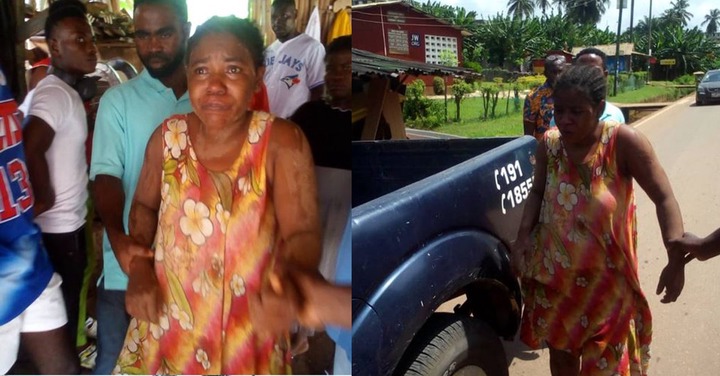 She is reported to have written on the paper provided to her which is currently not available to the public that, life was bad for her in the few days she was taken hostage and had to find her way out to safety. It's been about six days and she has now gotten to the Axim community. Even though she was alive, she looks very weak. The sad aspect of the entire situation is that she does not know what has happened to her baby and where it could be. It was not indicated whether the baby was a male or female, and the rumors that she gave birth to twins cannot be substantiated for now.

Her family members, including the husband and brother, have currently moved to the location to find out how their relative is doing. For now, medical doctors are working on her to stabilize her condition under strict police protection in the Axim Government Hospital. The big question many are asking is what the kidnappers might be using the baby for.

The incident is coming at a time when a taxi driver is facing court for his confession that he has been using pregnant women for rituals. The two teenagers who were also arrested at Kosoa have also revealed that they have killed a pregnant woman before. This brings deep thoughts about the mindset of the kidnappers of this lady. 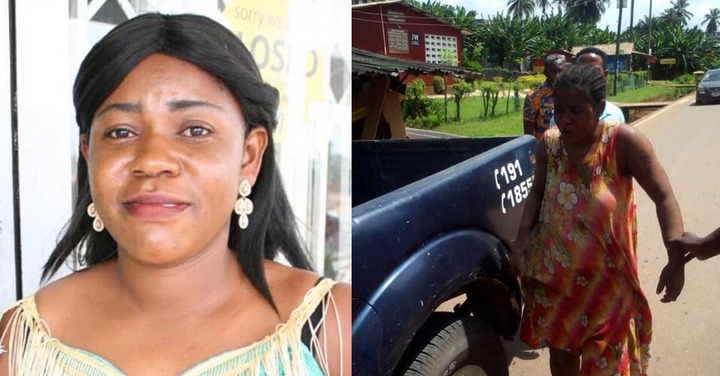 For now, the police will have to begin searching for the kidnappers because they could be around the Axim area. They should be arrested as soon as possible for them to provide answers to the entire nation. The woman, Mrs. Josephine Panyin Simons will need a physiologist to treat her.

But there is another issue that is boggling minds. The pregnant woman was due for delivery on the same day she was kidnapped. This could mean that someone close to her would have known her delivery time. This could have made it easier for the so-called kidnappers to retrieve the baby for whatever purpose they wanted with ease. For now, we can only wait for the lady to provide all the details after she has been treated whilst the police continue the investigations.