By BoadiGH (self media writer) | 5 days ago

Have you ever witnessed a pastor or a man of God extracting a number of needles using eggs from a human body? Or have you had an experience with a man of God who had removed such needles from your body using eggs? Have you ever thought of how some of these items are removed?

An ex-junior pastor who had been working with some men in Ghana has begun exposing the tricks and tactics used by some of these fake pastors in the country.

Obofourba Andy Kwadwo-Heavens has demonstrated how these fake pastors extract these items.

Demonstrating on the Ezra TV/fm Apatakese Ase program hosted by Sofomaame Naana Hayford, Andy, assuming to be a fake pastor, took two uncooked eggs and rolled them on a panelist on the program, who was assumed to be a sick man sent to a pastor to be healed while praying in fake tongues. 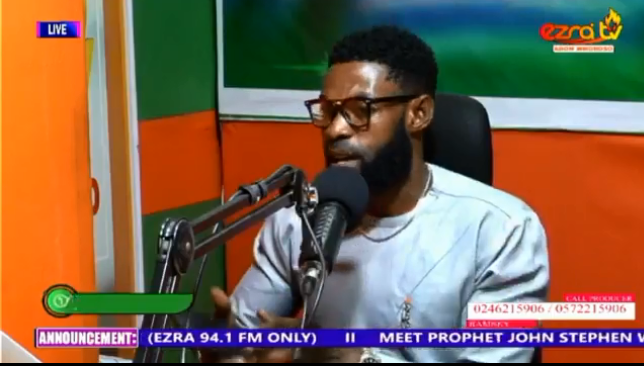 After doing that, the first egg was smashed on a bowl and it broke but there was nothing in the egg and the second egg was done same and surprisingly, five needles were found in the egg.

The end result of the demonstration shook the nerves and spine of the both the host together with the panelists.

Explaining how the needles found their way into the egg, Andy revealed that after receiving the eggs, he made a small hole in the egg and penetrated all the needles in the egg through the hole and sealed the hole with super glue.

Andy is ready to expose all the tricks by these men of God in the country.

Do you think with these exposures by Andy, these fake men of God will refrain from their demonic tricks? Thank you for reading my articles.

WATCH THE VIDEO BELOW

High Court Finally Reacts To The Case Of UK Burger Who Wanted To Use His Daughter For Sakawa.