Players That Will Be Without A Club Starting From Today

It's Juan Mata's last day at Manchester United, and he'll be a free agent. He hasn't made a choice about his future yet, and a number of clubs are interested in signing him.

In terms of compensation, though, Barcelona and Dembele remain at a wage disparity. His demands are not being met, however, as the club is unwilling to spend the money he demands. He won't have a club to play with when he gets back. A number of clubs are eagerly awaiting the outcome of his predicament at Barca. At this point in time, the outstanding player has been linked to both Chelsea and PSG.

Before the end of the season, Dybala made it clear that he was leaving Juventus, and his contract expires tomorrow. The talented player is yet to settle on a squad for the upcoming season because he needs to find the ideal fit first.

Upon signing for Brentford, Eriksen was given an initial one-year contract, which will expire tomorrow. Brentford and Manchester United are interested in signing him because of this outstanding performance. In the next days, he will have to make a decision. 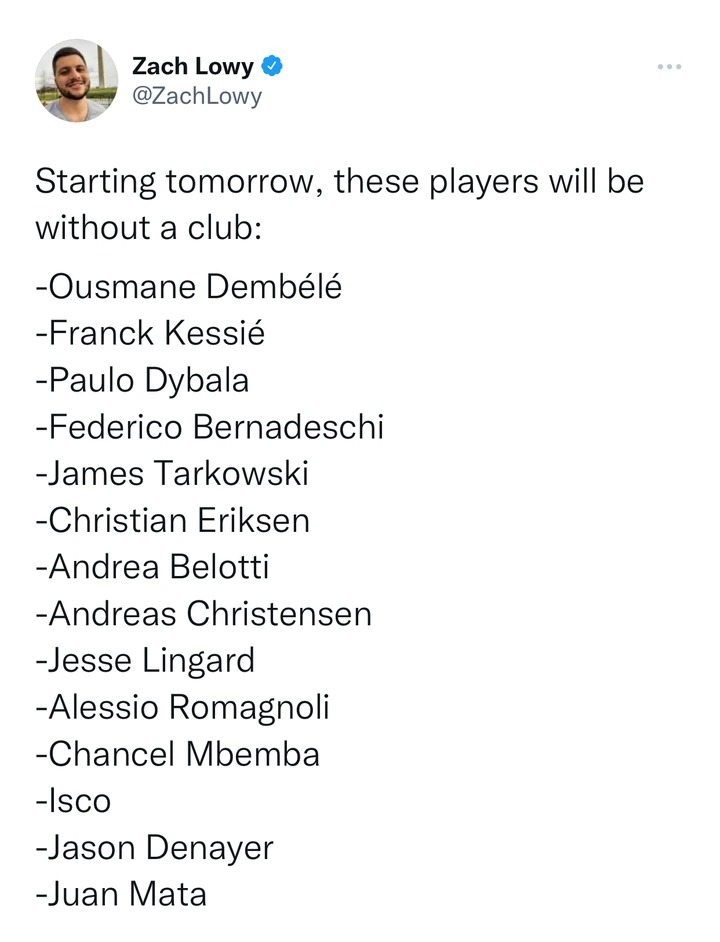 A Manchester United teammate of Lingard's will be without a team for the start of next season, although he is expected to return to West Ham United, where he had a strong season before joining Manchester United again.