Wonders of the earth.

By Exponent (self meida writer) | 17 days 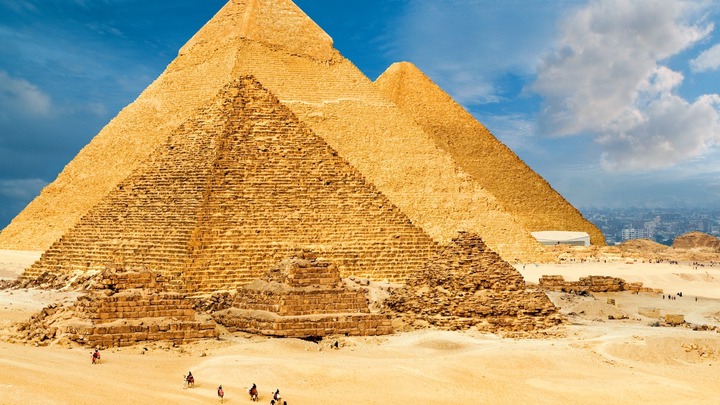 The Great Pyramid, the only Wonder that still exists, stood as the world’s tallest human-made structure for nearly 4,000 years. Erected around 2560 B.C.E. on the west bank of the Nile River, the Great Pyramid served as the tomb of the fourth-century pharaoh Khufu (Cheops). It is the largest of the three Pyramids at Giza.The proportions of the Pyramid are colossal—even for the modern era. The original height from the base to the peak was around 147 meters (482 feet)—though time has worn away the height to around 138 meters (451 feet). The length of each side at the base averages around 230 meters (756 feet). Over its 20-year construction period, around 2.3 million stone blocks were crafted to create this 5.22-million-metric-ton (5.75-million-ton) monolith. 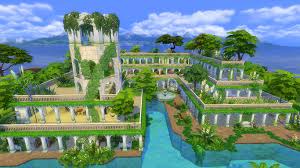 Despite being named one of the Seven Ancient Wonders, there is not much firsthand evidence that the gardens actually existed. Those who claimed to have witnessed the gardens, including Greek historians Strabo and Diodorus Siculus, described them as marvels of agricultural engineering. An amazing array of blooming flowers, luscious fruit, exotic foliage, and impressive waterfalls were said to have filled them. The hanging gardens were believed to have been built around 600 B.C.E., by Nebuchadnezzar II, who ruled Babylonia from 605–562 B.C.E.

it took the most renowned sculptor of theancient era, Phidias, to create a statue worthy of celebrating the fabled god Zeus. Housed in the Temple of Zeus at Olympia in western Greece, the statue showed Zeus seated on a throne crusted in gold, precious gems, ivory, and ebony. Zeus held a statue of Nike, the goddess of victory, in his right hand. A scepter topped with an eagle was held in his left hand.Many of those who gazed upon the 12-meter (40-foot) statue commented that the proportions of Zeus inside the temple were off. Regardless, the statue was revered by most as a stunning earthly representation of the great god that filled passersby with awe—until it was destroyed in an earthquake in the fifth century B.C.E.

In Ephesus (an ancient city in what is now western Turkey), a temple was constructed that was reportedly so magnificent it caused Philo of Byzantium to say:“I have seen the walls and Hanging Gardens of ancient Babylon, the statue of Olympian Zeus, the Colossus of Rhodes, the mighty work of the high Pyramids and the tomb of Mausolus. But when I saw the temple at Ephesus rising to the clouds, all these other wonders were put in the shade.”The temple, originally constructed to celebrate Artemis, the Greek goddess of the hunt, became a revered place of worship. It went through several phases of destruction and rebuilding. The most famous iteration, completed in 550 B.C.E., was about 115 meters (377 feet) long, 55 meters (200 feet) wide, included 127 Ionic-styled columns, and was decorated with fine sculptures and paintings.Its final destruction was initiated by Herostratus, who sought fame by destroying the beautiful creation. Its ruin by Herostratus and the ravages of time have obliterated all but a few remains of the grand temple

Among the most impressive structures to house the deceasedwas the Mausoleum of Halicarnassus. The mausoleum was designed between 353 and 350 B.C.E. by the Greek architects Satyrus and Pythis. It was created for Maussollos, a governor in the Persian Empire, and his wife and sister Artemisia II of Caria, who initiated its construction upon her husband’s death.The mausoleum stood approximately 41 meters (135 feet) high and was adorned with intricate exterior carvings and precious works of art. Despite standing for centuries and even surviving a raid by Alexander of Macedonia, a series of earthquakes finally rocked it to its core. All that remains are a few scattered pieces of its foundation.

Visitors to ancient Rhodes, an island in the eastern Aegean Sea, were greeted by a statue of the Greek god Helios. Erected between 292 and 280 B.C.E. by the sculptor Chares of Lindos, and standing at about 33 meters (105-110 feet), the statue was a victory monument designed to honor the defeat of the invading army of Demetrius in 304 B.C.E.After standing for only 56 years, an earthquake destroyed the statue in 224 B.C.E. Despite snapping at the knees and falling onto the island, the ruins remained a popular attraction for more than 800 years.

This ancient lighthouse, considered atechnical masterpiece that served as the model for all lighthouses that followed, was constructed on Pharos, an island in the harbor of Alexandria in Egypt, known as Kemet by its ancient citizens. It was completed between 285 and 247 B.C.E.Standing over 107 meters (350 feet) tall and conceived as a navigational landmark for voyagers along the Egyptian coast, the lighthouse was constructed in three distinct stages: a square stone base; an octagonal middle section; and a cylindrical section at the top. At the apex, a mirror was erected to reflect sunlight during the day. At night, a fire was lit to guide travelers.The Lighthouse of Alexandria was severely damaged by earthquakes in 965 C.E., 1303 C.E., and 1323 C.E. It was completely gone by 1480 C.E. Today, visitors to the site where the lighthouse stood encounter the Egyptian fort Qaitbay, which was built using some of the stones from the lighthouse ruins.