The swearing-in ceremony of the District Chief Executive (DCE) of Nabdam District in the Upper East Region. The shocking thing that happened was that the swearing-in happened in a car. Hon Agnes Anamu was appointed by the President and the first voting occurred on 30th September 2021. 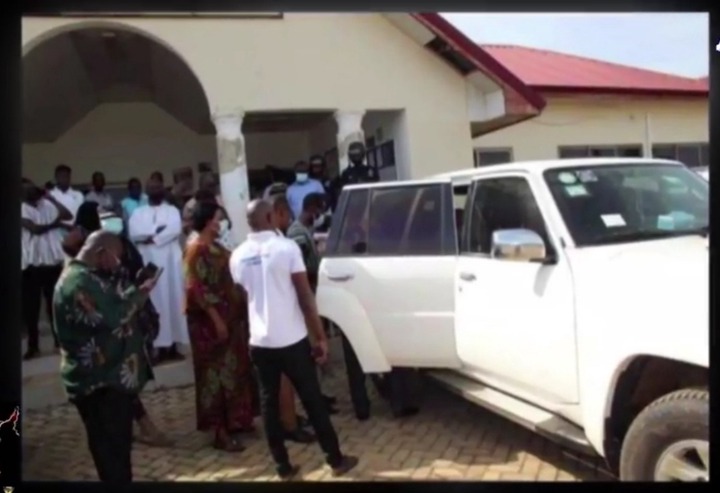 However, there was some kind of scuffle that happened among the assembly members so another voting was scheduled for 7th October 2021. During the second voting, 18 assembly members voted and she had 16 out of the 18 votes. According to Hon Agnes Anamu, she is traumatized after what happened during the first voting. 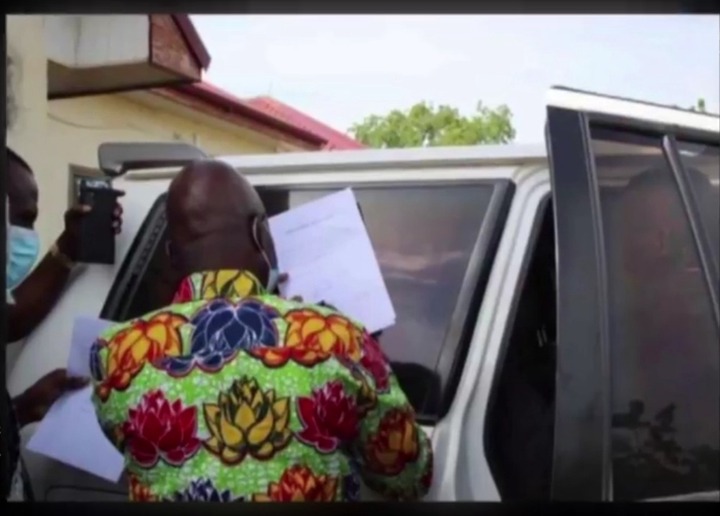 This was the reason for swearing-in in her car. It was done in front of the Nabdam District Assembly Hall, with the assembly members and presiding members all standing outside as the woman was sworn in in her car. Right after the swearing-in ceremony, she was taken to the hospital as she said she was still traumatized.