You Exchanged Gunshots With 50 Armed Men And No One Died; Why Kill At Ejura- Police Must Answer 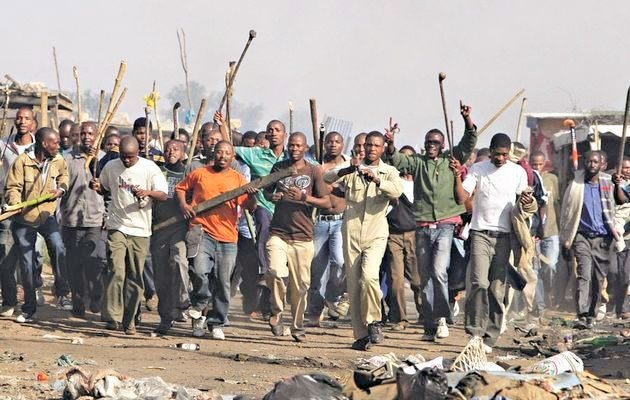 The Police undoubtedly have been doing a good job protecting civilians against crime. But in some cases of confrontation between the civilian and the Police things get messy. Incident of which had been recorded across the country, especially in civil protests resulting in some casualties.

Reference could be made of the Ejura killings; a regrettable and unpardonable experience that had caused the Ghanaian to question the actions of the security agency. Th brutalities meted out in in these non-violent or in a few instances minimal threats that turned bloody had provoked public anger and loss of trust for the police.

In a more comparative situation as the shootout between the Police and a violent gang at Ntotroso in the Ahafo Region, which resulted in no deaths, begs one to question of such defensive maneuvers couldn’t have been employed at Ejura.

In their own report, the police indicated that they were locked in a fiery exchange with about fifty (50) armed men. Weapons such as pump action guns, cutlasses and clubs were retrieved after they had overpowered the gang at Rank Camp of Newmont Ghana Gold Limited’s site. Only five of these gangs were injured.

This is the kind of life-saving policing technique that was discarded for a hostile approach. The truth is that, Policing is more of intelligence gathering and protection and as such even for the criminal that poses a deadlier weapon, there is every motive to find a reasonable and less offensive way to cause his or her arrest than eliminate him or her.

Its is not surprising that the report on that operation by the Ahafo Regional Police Command had been receiving commendations on the official handle of the Ghana Police Service. It then reminds me of a popular statement by Twene Jonas; “The Police is our friend”, a jargon sung in praise of the New York Police Department (NYPD).

Can we come to that realization in Ghana, we feel more comfortable and trusting the Police to protect and correct us even when we get to the wrong side of the law? It simply has been causing an arrest of the people than influencing a positive behavioural change via persuasive routes.