By Kingam (self media writer) | 7 days ago 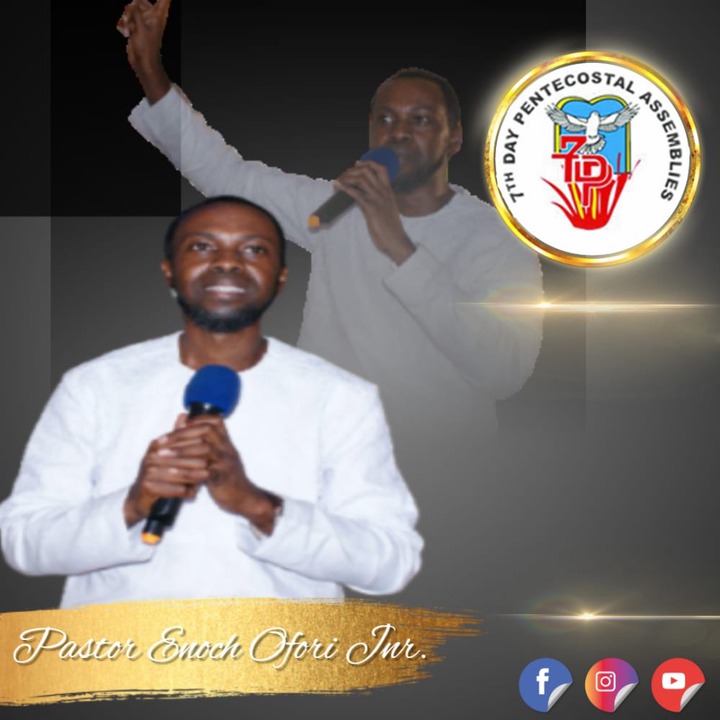 Head pastor of the 7th Day Pentecostal Assembly located at Kumasi Esereso in the Ashanti Region, Elder Enock Ofori Jnr has disclosed that human rights laws that have been created by the ordinary human beings cannot outweight that of the procreation commandments, and therefore called on Ghanaians to treat the passage of the Lesbian, Gay, Bisexual Transgender and Queer (LGBTQ+) with contempt.

Reacting to the bill, Elder Ofori who also doubles as a, radio preacher and Bible reaserchers described the bill as monstrous, unnatural which contradicts the country's cultural system and as such needs to be thrown out into gutters.

No one can change the laws that relate to the creation and asked where in the Bible and Koran God approved marriage between woman and women and man and man defining LGBTQ+ as a satanic principle.

Giving the background of how lesbianism and homosexuality started, the man of God said the practice occured long time ago during the ancient days in the European countries when those countries were worshiping gods who dictate to them.

Adding that through the dictatorship of their gods, they were introduced into various idol worshiping among other inhuman practices until Christianity emerged in lsrael and discouraged those pagan worship.

According to the clergy, such devilish and criminal worship which has metermorphesied into LGBTQ+ today returned as a result of technological advancement coupled with civilization, thus compelling some advanced countries to look down upon religious values including Christianity and Islamic in their economies.

He said in order to archive the purpose of the devil, many advanced countries today tend to denounce religious principles in their cities, resorting to close down churches, and and introduction of ungodly religious practices to deceive people.

Elder Enock Ofori said the LGBTQ+ concept is a total foreign culture practice and has nothing to do with the country's cultural principles and therefore the practitioners must be left alone to promote and practice their culture in their own countries.

On the issues about human rights, the man of God indicated that human rights laws have limitations and that the rights of people does not promote evil things like gay, homosexuality among others, instead focus to ensure justice to promote equal rights without discrimination against fellow human beings in the society.

If the practice of LGBTQ+ is good why the promoters of such practice speak against incest and believe in laws that go against the society resulting to the establishment of judiciary systems to prosecute wrongdoers in the society.

Citing the book of Romans 1 verse 22 going Elder Ofori observed that the wise or professional people will rather become fools for using their knowledge to promote evil instead of good things as the world is witnessing today.

He insisted that since over 90 percent of the population are not happy about the passage of the bill considering the dangers that attached to it, he is of the view that Parliament should stop wasting their time debating on this abominable bill since it will have no positive impact when it is passed.