Common Sense Should Tell You How Wicked You Have Been Towards The Ashantis. - Akufo Addo Told.

By K.TeeDeWriter (self meida writer) | 20 days

"Compare the chunk of votes the Ashanti region has given you in the last two elections with the wickedness you've shown towards them, what does your conscience tell you?" This was a straight forward question to Akufo Addo by Mr Kofi Koranteng, an independent presidential candidate and a member of the fixthecountry campaign. 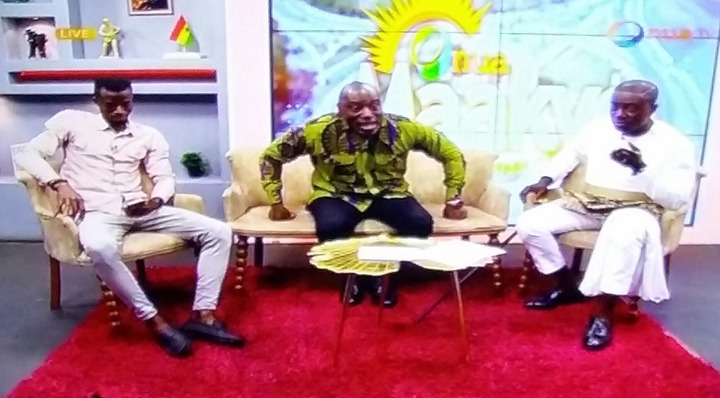 Live in the studios of Accra based Onua TV this morning during the Onua maakye morning show hosted by the controversial captain smart, the independent presidential candidate couldn't control his anger after being shown a video of the abandoned 500 bed capacity 38 military hospital in Atari, the Ashanti region.

The said project which was starred by former president Kuffour has been neglected by the Akufo Addo led government after it was completed in 2018. And to make matters worse, brand new imported medical equipment; MRI scans and over five hundred oxygen cylinders has been left to rot in the bush instead of fixing them inside the hospital. Giving his submission on the issue, he advised the people of the Ashanti region to desist from partisan parties since the NPP have nothing good for them. He added the region hardly benefit from the national cake anytime the NPP is in power, because they (the NPP) knows no matter what the Ashantis will vote for them. "At least if giving them new projects to show appreciation is difficult for you, why can't you complete the numerous projects you came and met in the region? Your common sense should tell you how wicked you are towards the Ashantis".

Has this Akufo Addo led government be unfair to the people of the Ashanti region looking at the numerous projects that has been abandoned In the region?