Manchester United Closing In On An Agreement For Frenkie De Jong

Manchester United appear to be nearing an agreement with Barcelona to buy Frenkie de Jong, one of the summer's most intriguing transfer sagas. 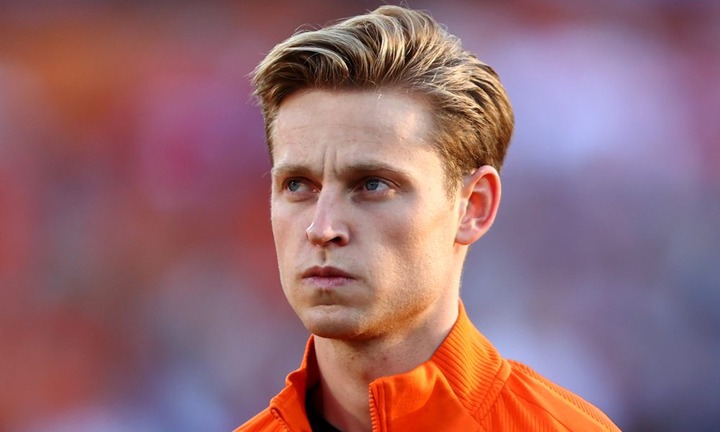 According to GOAL, Manchester United are growing increasingly confident that they may land the 25-year-old Blaugrana midfielder as they near a deal agreement.

After learning that Erik ten Hag would be Manchester United's new manager, the club's first objective for this summer has been signing De Jong. The Dutch coach worked with the midfielder at Ajax and managed to get the best out of him, therefore he wants to bring him back to Manchester United.

De Jong's initial reluctance about a prospective transfer has apparently been eased, enabling the clubs to come to an agreement on a transfer cost for the Dutch midfielder.

In an attempt to lure De Jong to Manchester United, the Red Devils made an offer of $51 million, which Barcelona rejected.

As a result, there is a belief that a deal of £69 million, including add-ons, will be reached before the end of June, and Manchester United will get their man.

Premier League giants are confident that they will be able to get their man this summer after negotiations between the two sides have reached an advanced stage.

Barcelona has had De Jong since he joined from AFC Ajax in 2019 for three years. His talents have been on display, but he still hasn't yet attained the heights anticipated of him.

Barcelona intends to replace the Netherlands international, should he decide to leave, with Manchester City mainstay Bernardo Silva, who is hoping to join Camp Nou in the summer transfer window.

Opinion: Is Mbappe Still The Main Man At PSG?

The German Bundesliga Team Of The Week For Round Two Is Dropped.