The Military Officer That Knelt Did Not Kill Anybody-Lt. Col. Kwasi Ware Peprah

By Giinagh.com (self meida writer) | 25 days

Following the event that led to the killing of two people in the Ejura shooting and killing, some key persons in connection with the development have been invited to testify for what might have accounted to the sad incident.

So in line with that, Lt. Col. Kwasi Ware Peprah who is the commanding officer of the 4th Infantry Battalion told the committee that, the military officer that was seen kneeling in the viral video did not kill anybody.

Accounting to the event, he said the military were only invited after the protesting youth were overcoming the police. On getting to Ejura, they first arrived at the Ejura police station before they were directed to the spot where the youth were protesting.

So when they got to the spot, they(soldiers) shot several warning shots into the air in order to disperse the crowd. But the youth in revenge shot locally manufactured weapons into the military. He said the shooting of the youth necessitated the soldiers to issue warning by shooting. He said they could not use any other approach that go the way they did since the police's approach could not disperse them.

"In the military, we have three ways of issuing warning; verbal warning, kneeling and cocking your gun, or sitting while cocking your gun to give a warning that you are aiming. But the officer that knelt did not shoot into the crowd. Infant there was no casualty in the direction of his gun. He shot his bullets into air."

He however, encourage the media to be circumspect in their reportage concerning some issues to reduce sensationalism in the news. 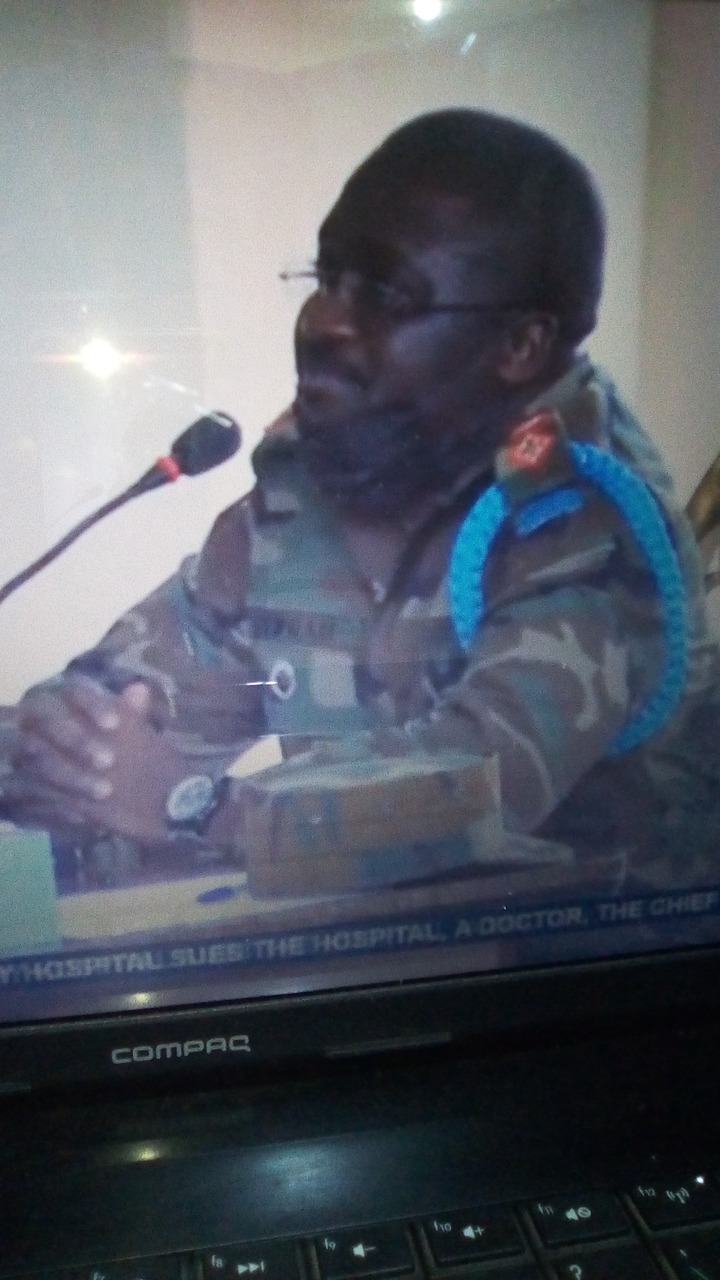