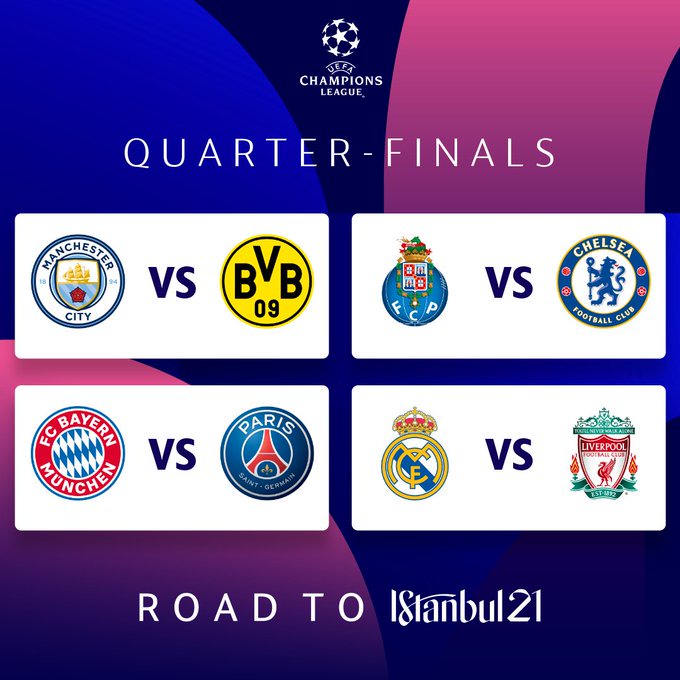 Liverpool won their only previous two-legged knockout tie against Madrid, in the 2008/09 round of 16, following a 1-0 win at the Santiago Bernabéu with a 4-0 victory at Anfield - the latter Madrid's heaviest UEFA Champions League defeat.

In 1997/98 Bayern ran out 5-1 winners in the first game in Germany, Giovane Elber and Carsten Jancker each scoring twice and Thomas Helmer getting the other with Marco Simone scoring Paris's consolation. Paris were 3-1 victors back in France, their goals coming from Franck Gava (17), Florian Maurice (73) and Leroy (75); Markus Babbel had levelled for Bayern

The clubs have played eight previous matches, all in the UEFA Champions League and all since 2004/05. Most recently, in the 2015/16 group stage, each side won their home game, Chelsea winning 2-0 in England before a 2-1 Porto victory in Portugal.

The clubs' only previous meetings came in the 2012/13 group stage, the game in Manchester finishing 1-1 - Marco Reus scoring Dortmund's goal - before a 1-0 home win in Germany.

After the quarter finals this is how it will be: Semi final 1