The former president of Ghana His Excellency John Dramani Mahama is on a tour to thank Ghanaians for what they did for him and the love shown towards him during the 2020 elections. He went to the Western North region, specifically Dwaboso. At a durbar to welcome the Ex-President, President Mahama thanked the people of the Western North region that although he did not win the elections, their votes were massive and he appreciates that. 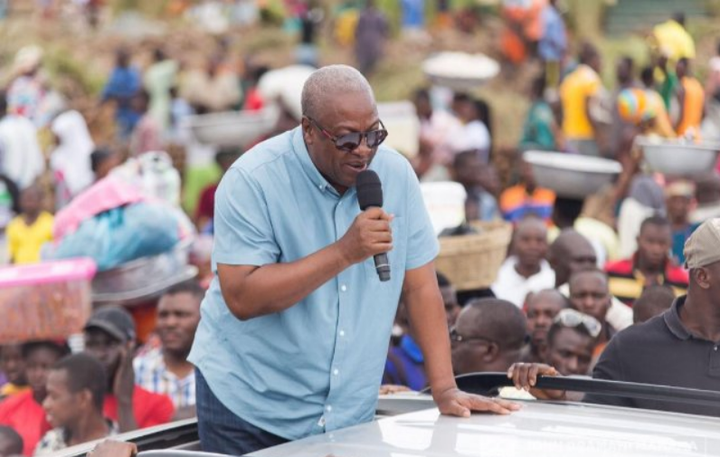 He added that he does not know whether he will be made to lead the NDC but whoever is made the flagbearer should be supported and voted for. He said that several discripancies occurred during the 2020 elections at both polling stations and coalition centres. He announced to his supporters that in the 2024 elections he will be a Polling agent and will make sure what happens at the polling stations is what will be recorded.

The supporters gathered at the durbar cheered on him after making that declaration. He said he together with his people will not rest until results are declared in coalition centres. The Ex-President had an interview on Radio Rainbow in Dwaboso. In an interview with radio host, Alaska Joe Junior, President Mahama mentioned that when he was in power, there were several ongoing projects he was undertaking in the region.

The major problem of residents in the region was poor roads. However, he introduced a program to mitigate the issue known as Cocoa Roads Project. Unfortunately, when the current president came into power, he put on hold all those projects. He asked the contractors to stop working and that they are investigating the projects. As of now, nothing has been done and the roads are still in a poor state. He admonished residents in the Western North Region to support the NDC in election 2024 to see more developmental projects.