Steve Manteaw is a renowned civil society leader and statesman. He is a policy analyst with the Integrated Social Development Centre (ISODEC), Dr. Steve Manteaw and was in 2018, elected to chair the Public Interest and Accountability Committee (PIAC) and his views come hard, as he has seen it all: promises on fighting corruption and actually do anything about it. 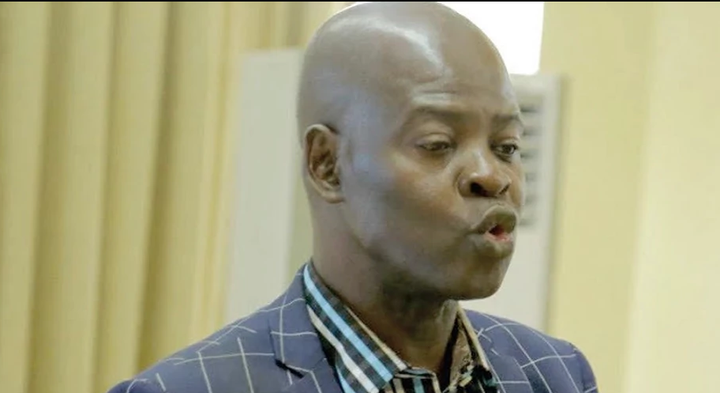 In August 2020, Dr. Steve Manteaw had said if the government had still not been able to account for GH¢1.5 billion of the country's oil funds, then it cannot be trusted to monetize Ghana's mineral royalties, adding then that, the government has promised on several occasions to account for it but has not done so. "The last time I enquired from some colleagues of PIAC about the money, I was told by them that the government has promised to account for it in the 2021 budget", he said. Dr. Manteaw, however, added: "I don’t believe the money is still there". Well, this unbelief has seen translated into him been more critical of the entire Nana Addo government, as in his best estimation, very little is been done by the President to fight corruption. 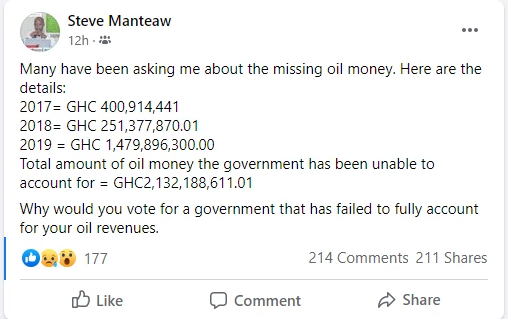 Fast forward, in a Facebook post where he wrote that, "the minority must demonstrate the ability to hold the executive in check if they wish to retain their seats in the next parliament. Eyes on a hang parliament!", it clearly indicate that, he is part of the school of thought who argued that, the seeming "hung parliament" was good for our democracy. This is however becoming a fallacy, as the NDC has received backlash from its teaming masses over the fact that, aside winning the speaker position, which inspired hopes, interestingly, they have intentionally failed to hold the NPP to checks, even though they keep on insisting they do. 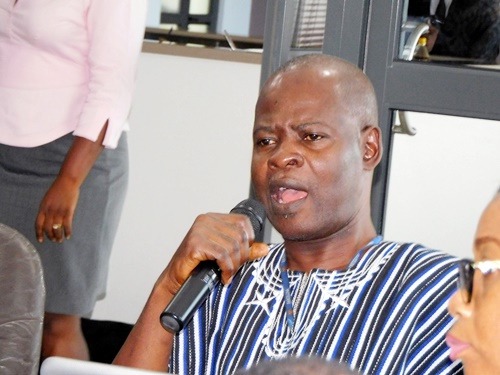 In the words of Steve Manteaw therefore, there may be serious implications on the NDC's inability to hold forth this goal, with many maybe loosing their seats and helping this seeming hung parliament away rather and in a similar way, the NDC as a party has been experiencing backlash and even many threatening their representatives, of a potential voting out. For instance, the Member of Parliament for North Tongu, Samuel Okudzeto Ablakwa resigned from Parliament’s Appointment Committee, an action many consider is a strategic one to dissociate himself from the backlash on the NDC.

Mr. Okudzeto Ablakwa in a letter dated March 30, addressed to the Speaker, Alban Kingsford Bagbin, stated that he was stepping down from the Committee “after days of careful reflection and thoughtful considerations”. His decision to step down from the Committee came as a surprise to many, leading to speculations that his resignation is directly linked to the approval of Ken Ofori-Atta as Finance Minister. “I shall like to state that the reasons for this difficult decision are both personal and on principle,” was all Mr. Okudzeto Ablakwa alluded in his letter. 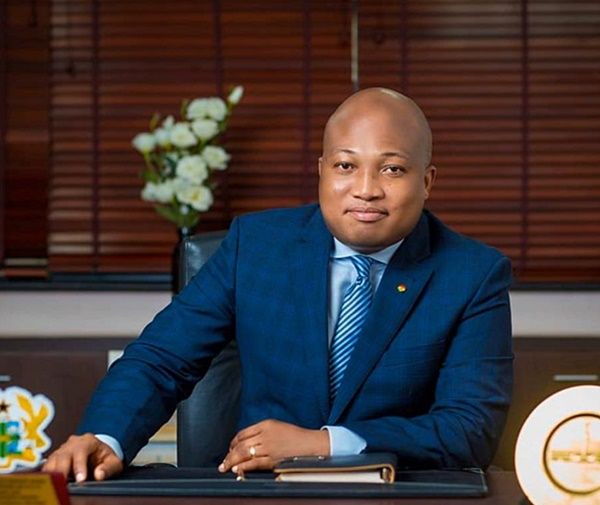 This also attracted commendation from Mr. Steve Manteaw who wrote in two posts reasons why this is a great move. He wrote that: "Hon. Samuel Okudzeto Ablakwa. You have earned my full respect today. You will be remembered for your principled stance." and "If you're honourable enough, you won't be part of a scam that makes a joke of our democracy. It's called PRINCIPLE"

Hopefully, members of the minority pay heed to these words from this policy analyst, else, the consequences he promises from his many years of experience may well come to bite them hard.