By MichaelOB4 (self media writer) | 16 days ago 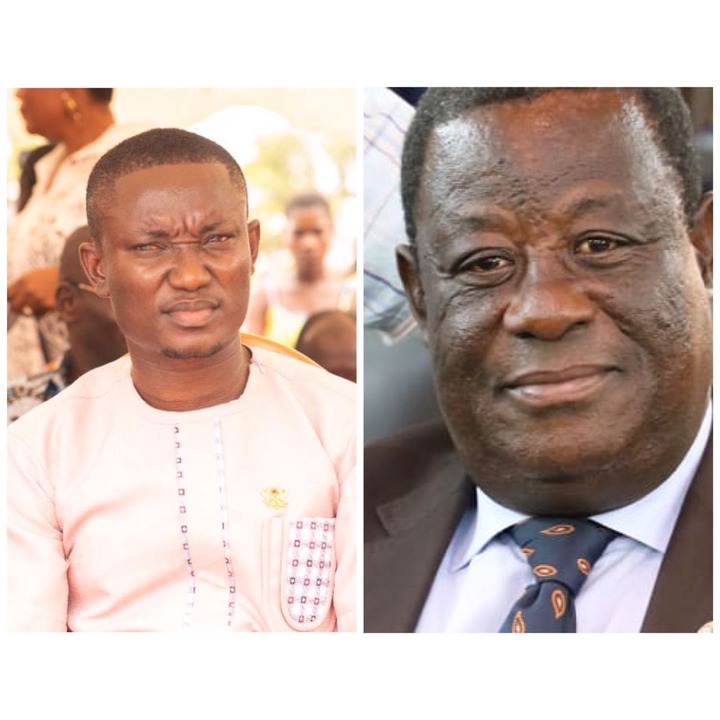 The Member of Parliament for Wassa Amenfi East of the Western Region, hon. Nicholas Amankwah on Friday, July 22, dragged the Minister of Roads and Highways, Hon Kwesi Amoako-Atta to parliament over no show of Bridge construction projects in his area.

According to him, the conditions of transportation by crossing rivers have worsened more than they were before.

His questions suggest that the non –commitment to the construction of some key roads and rural bridge projects in parts of the Constituency was enough reason(s) that the sector was careless about the well-being of the people.

Posing the question to the Road minister, the Amenfi East MP wanted to know from the Minister for Roads and highways when contract would be awarded to construct bridges in some of the rural farming communities to ease access to their farmlands and to market centres.

“Mr Speaker, I rise to ask the Minister for Roads and Highways what plans the Ministry has to construct bridges linking the following communities in Amenfi East: (i) Asundua-Ankonsia (ii) Adwumako-Boikrom-Dwokwa (iii) Oldaboi-Aboi” Hon Nicholas Amankwah questioned the Minister.

In the Minister's response said, Asundua-Ankonsia are communities within Wassa Amenfi Central and Wassa Amenfi East municipality in the Western region but separated by the Ankobra River whiles Oldaboi-Aboi is also separated by the Manso River admitting that indeed there is no program on these roads currently.

Meanwhile, he assured that future program is marked for engineering studies to be conducted on the proposed bridge site to determine the appropriate spine of the bridge by the end of the forth quarter of 2022 for consideration under the 2024 budget.

Commenting on the 26km Adwumako-Boikrom-Dwokwa roads, hon Kwasi Amoako indicated that these roads were captured by department of feeder roads data base notwithstanding, the bridge on Ankobra River has been awarded to contract on 6th May 2022 and is expected for completion on 6th May, 2023 next year.

But Hon. Nicholas said the Minister response was unsatisfactory and navigating through some of these bridges and roads on daily basis is like passing through hell.

According to Nicholas Amankwah, each day, commuters hustle on the bridges thus he asked the minister to capture Asundua-Ankonsia and Oldaboi- New Aboi into the 2023 budget instead of 2024 budget considering the important nature of these roads to his constituents.

Hon. Kwesi Amoako Atta answering his questions didn't oppose to the request but he indicated that the ministry is poised to execute more projects but assured to consider if all the aforementioned roads and bridges in Amenfi East could be accumulated in the 2023 budget after the proposed engineering studies is completed in 2022.

Pay $10,000 Before We Release Our Player To You - Accra Hearts Of Oak Told

Photos: This Man Is Said To Be The Strongest Army Soldier In Ghana

"Never give up on Ghana, and stay strong." Oliver Barker to Okudzeto Ablakwa