Good News: The Motorbike Armed Robbers Have Been Arrested.

By Fruit4taught (self media writer) | 21 days ago

Two young men, suspected to be armed robbers have been arrested by the police in Sege in the Ada-West district of the Greater Accra region.

The two, Bujahid Abubakar and Joseph Dagodzo were on a motorbike when they were pursued by the Sege Night Patrol team of the Ghana police. The police team prior to that had received information that some young men on two motorbikes were spotted at Koluedor road heading towards Accra around 2:50am. The two Royal motorbikes had registration numbers M-20-GE-7215 and M-20-GT- 4299.

They were given a hot chase at Sege when they refused to stop after the police signaled them to do so. This forced them to join the the main Accra-Aflao road.

However on reaching Dawa, they fell off the bike and took to their heels. The Dawa Police Snap Check team were quickly informed to pursue them.

The police team however continued pursuing the other group who decided to avoid Dawa but headed towards Agortor. They also lost control and fell off their bike. Joseph Dagodzo was quickly arrested but Bujahid Abubakar ran into a nearby bush. The patrol team and some members of the community started searching through the bush until he was found and overpowered . He attempted hitting one of the searchers with his gun.

It is believed this this group is responsible for the current daylight robbery by armed men on motorbikes in the region.The other two are still on the run. 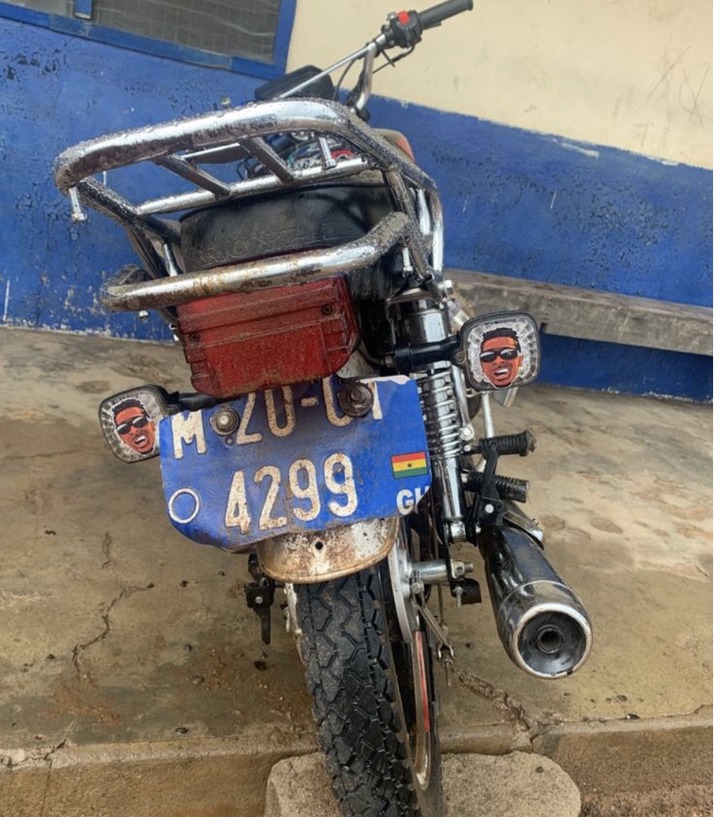 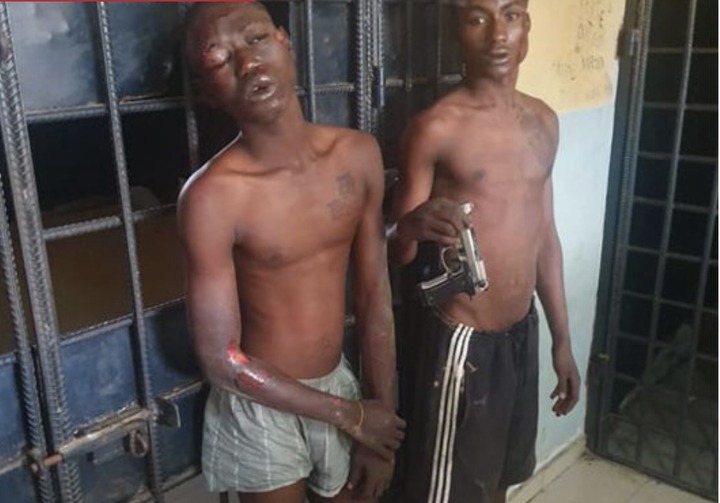