By MCsportslive (self meida writer) | 27 days 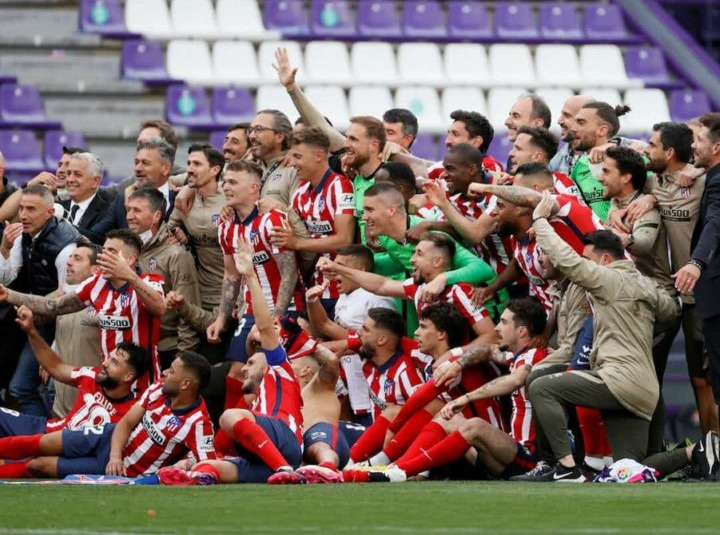 Atlético Madrid have been crowned the 2020/21 La liga Champions after what proved to be a dramatic final Saturday. Luis Suarez nets winner as Atlético Madrid lift title.

The Uruguayan striker fired Atlético to title glory and delighted to have offered the perfect response to those that 'underestimated' him at Barcelona.

Atlético Madrid who played away, beat Real Valladolid in a 2-1 win at the Jose Zorrilla Stadium as Óscar Plano opened the scoring for Valladolid in the 18 minutes at half time.

After recess, Ángel Correa of Madrid gave the equaliser in the 57 minutes with Luis Suarez increasing the advantage for the away side as he scored the winning goal for Atlético in the 67 minutes.

Suarez who was filled with tears on TV said; "Barca didn't value me and Atletico opened their doors for me. I will always be grateful to this club for trusting in me."

This is his fifth La liga title as it is the Roji blancos 11th time in their history, since they last won in 2013/14. Their ﻿first league triumph came in 1940.