By Adobeaportia (self media writer) | 25 days ago

This article is not meant for the advertisement of any product or either her career but rather to enlighten people about some Ghanaians reactions to interesting stories that have been circulating on social after a man caught his wife of three years cheating on him with another man. 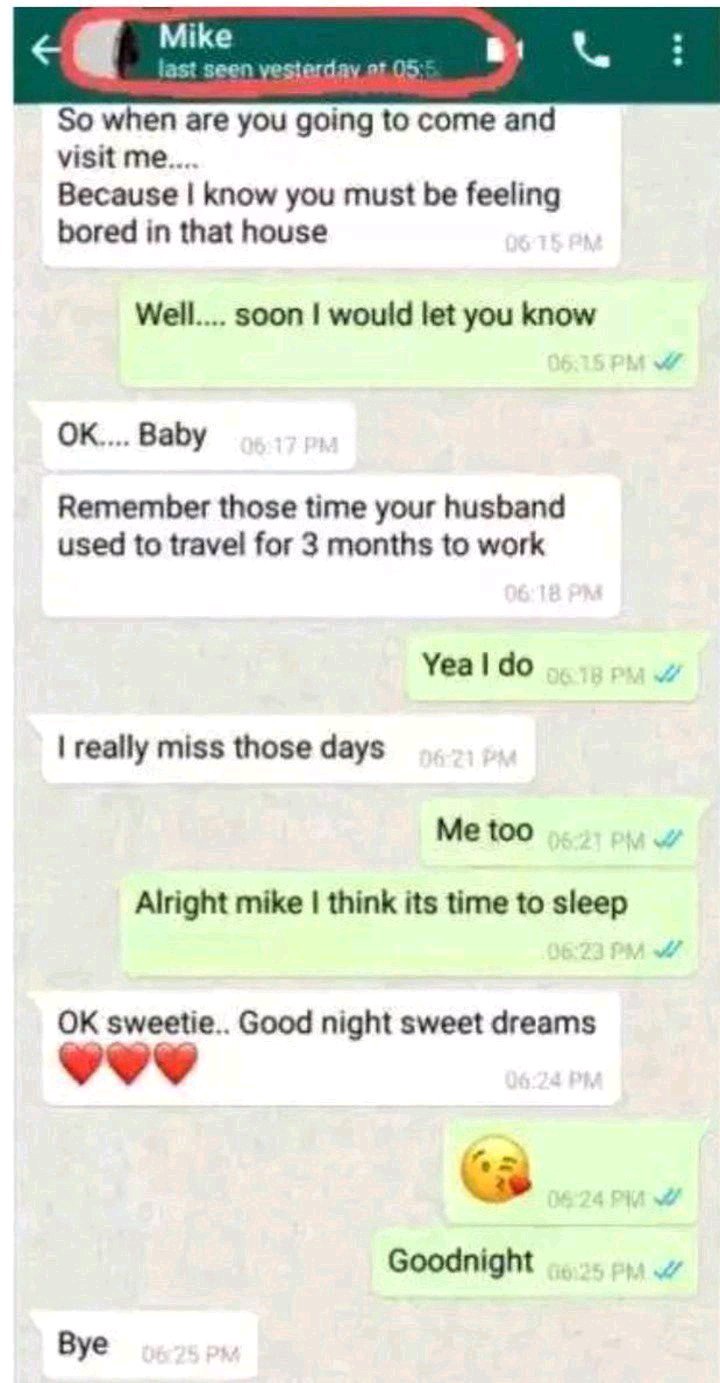 As much known in Ghana, our culture goes against behaviours such as adultery, stealing or robbery as well as swearing and curses etc. If caught in such acts can be held in courts for justice or can be sorted in palaces, It's quite unfortunate as a man has caught his wife cheating on him with another guy known to be mike but his other name is yet to be identified. 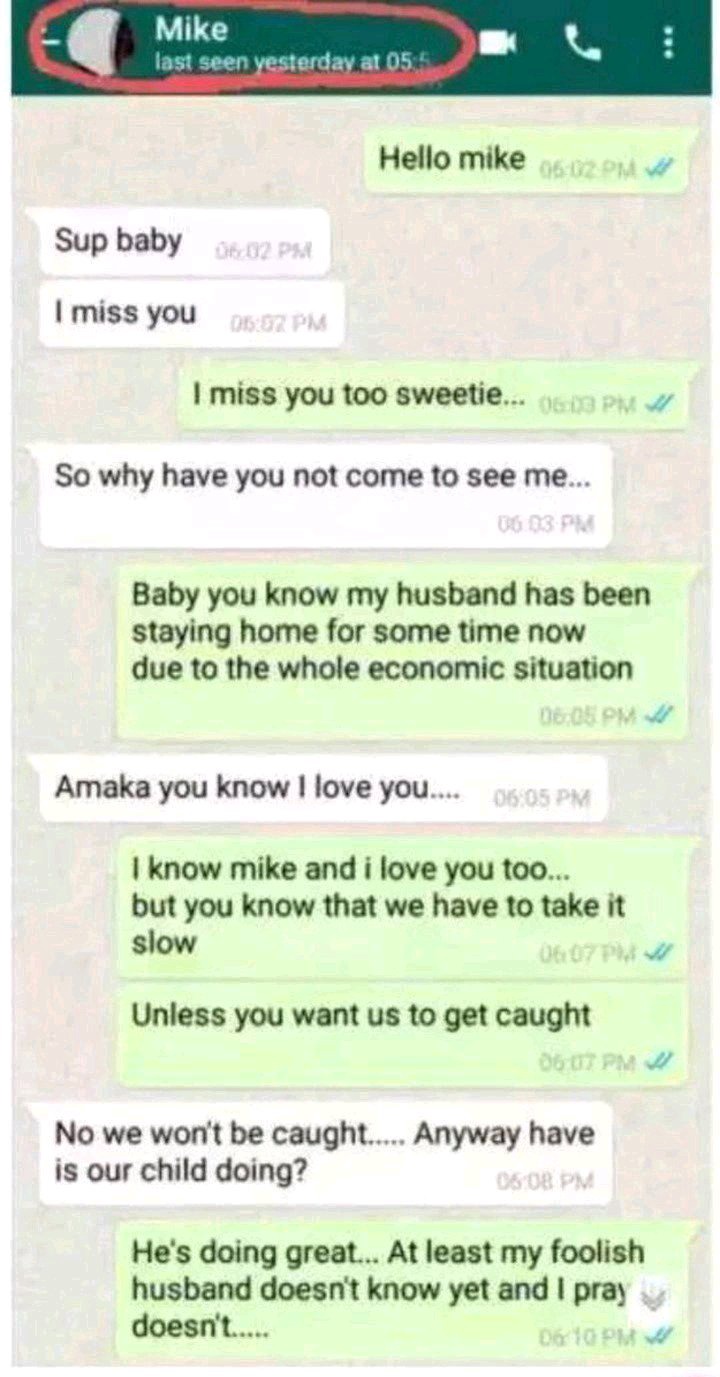 Unrest and indignation have erupted following the appearance of an image on social media depicting a discussion between an unmarried woman and another man. As reported in the news, even though the lady does not normally stay at home because her husband is a busy guy, he makes certain that his wife has the basic needs she demands. It had been a little more than three years since they had first started dating. 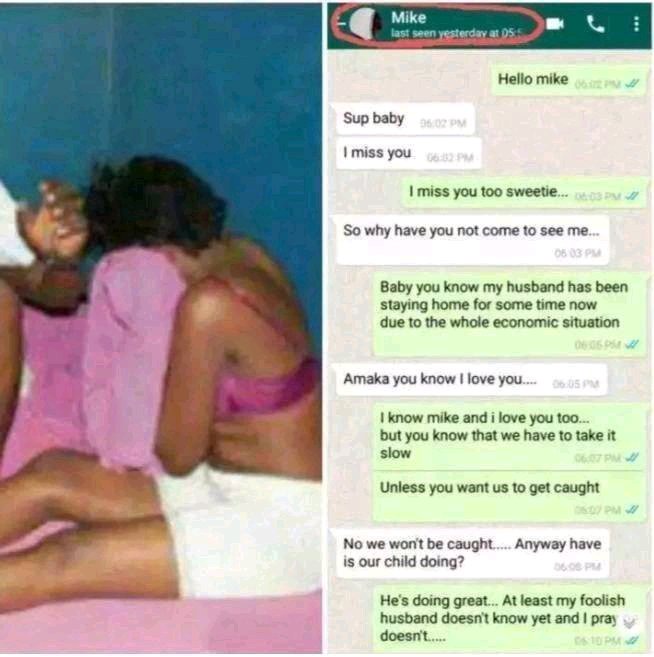 Ghanaians have reacted to the issue as most comments under the post goes against the lady as in the below reaction, some of Ghanaians assured the man to forgive the wife and allow her to go be with the new guy if she's not ready to be with him. 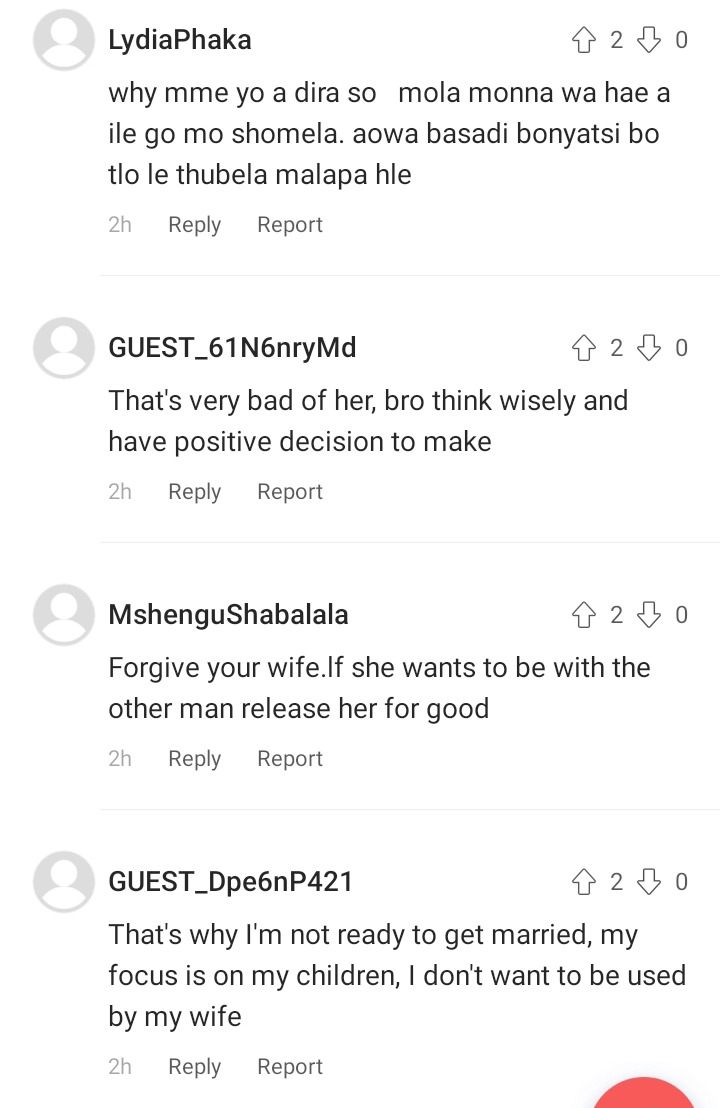 A few days before, the guy had taken his wife's phone and had continued to go through her texts even after she had handed it back over. He was disappointed when he came upon a conversation with a man named Mike, which he thought to be unsatisfactory. According to the husband, who reads the texts through to the end, his wife was having a sexual relationship with another man while he was gone trying to put food on the table for the family. 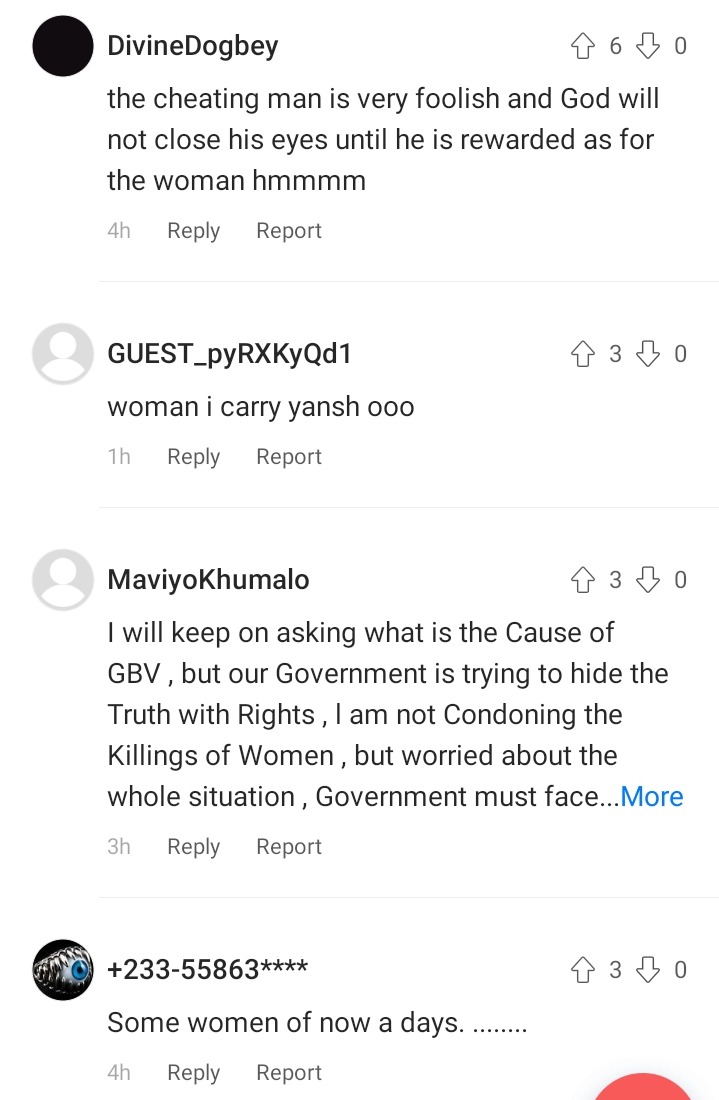 In the field of the reaction, some also took it on the side of the man in the relationship with the married woman as they blast him for doing such an act to a fellow and assured him of karma.

Many have reacted to the incident, What would have been your advice to the man imagine being in his state now, don't forget to leave your opinion in the comment section just below the page.