By Edoukwah (self media writer) | 28 days ago

If Ghanaians can recall, Efia Odo was one of the #FixTheCountry activists in the country among the various celebrities here. The actress and brand ambassador really took a bold step with some other protesters to campaign for the betterment of mother Ghana. She, in addition to fourteen other activists were even arrested and later granted bail. When they were arrested, many people talked. Some criticized she and her crew for calling for their own arrest while others sympathized with them.

The unthinkable and unfortunate occurred when Efia Odo all of a sudden stepped back from her activism. This came as a huge surprise to many people since they weren't expecting that. During the first #FixTheCountry peaceful demonstration, many people were expecting the vibrant activist Efia Odo to be present but things did not go as expected. 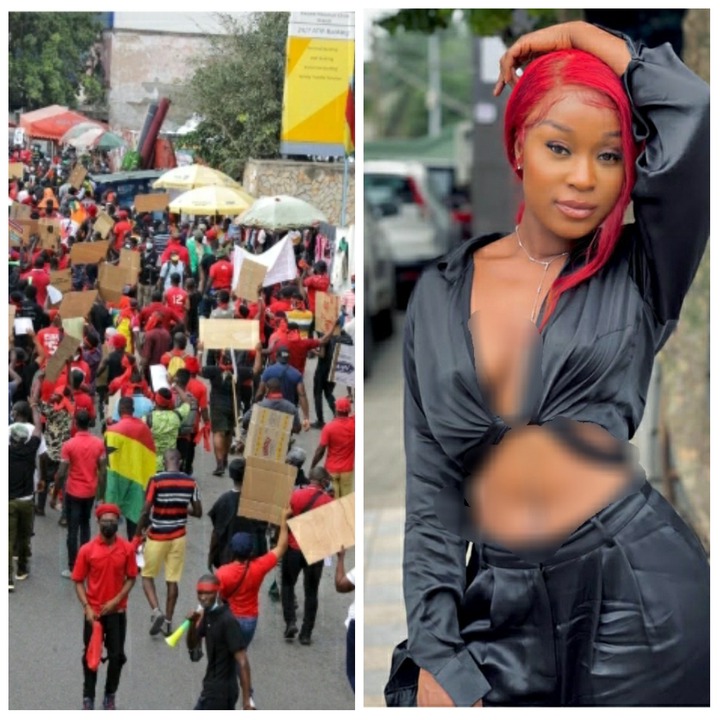 This her actions made many people to wonder what at all pushed her to withdraw from the #FixTheCountry campaign. The actress has finally come out to let everyone know why she stopped the campaign.

According to the actress and social media influencer while speaking on Peace FM, she had to stop due to the fact that she was threatened that her face would be disfigured with acid if she does not quit her activism. “I started to get death threats because I was speaking about the sitting government. They said they would throw acid on my face if I come to the demonstration", she revealed.

She went on to say that she was receiving calls of threats to withdraw from the #FixTheCountry campaign. She added that, she was not the only one receiving those calls but the other protesters too.

She further went on to say that, her mother also called her one dawn and was weeping uncontrollably on the phone to beg her to quit the protest.

What can you make of this? Kindly share your thoughts and also follow my page for more updates.