By Cityzen_Vigilante (self meida writer) | 11 days

Kwaku Boahen was on United Television's morning show "Adekye Nsroma" together with some other panelists to discuss some topical issues in the country.

In the course of the show, Agya Kwabena, the host of the show asked the panelists what they make of the buzz that has been created by the statement of the former President.

" Are people twisting the statement of the former President or he meant exactly what is being circulated by some people?", the host asked.

Responding to the question, Kwaku Boahen expressed his delight with the statement by the former President. He clapped for him and gave him a standing ovation. He indicated that President Akuffo-Addo used the Military to instigate violence in the previous elections and so it is important that Mahama's statement is taken in good faith to ensure that the right things are done in the next elections. He further reiterated that the criticisms directed at the former President would not force him to retract. 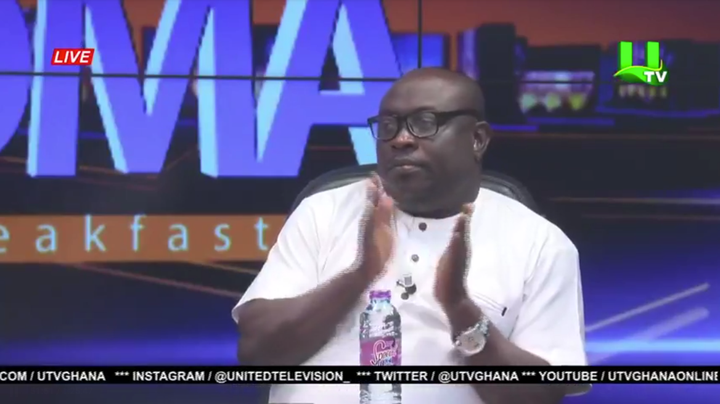 " Let me clap for His Excellency John Dramani Mahama. He has said exactly what is on the heart of many Ghanaians and I encourage him to continue to help Ghana and also lead the NDC. We have suffered and brought Ghana to this level and we must not allow any person to destroy the peace that has been built over the years", he said.

Kwaku Boahen further accused President Nana Addo Dankwa Akuffo-Addo of supporting violence and that is why even up until now, he has not expressed any sympathy to the individuals who lost their lives during the 2020 elections. He said the NDC was not going to kill anyone during the elections but protect the ballot box and ensure that the right things are done.

Meanwhile, former President John Dramani Mahama has served notice to the effect that he would not apologize for his do-or-die statement because it does not mean anything bad but accused his opponents of twisting it to score cheap political points.