By Japhtaoppong (self meida writer) | 20 days

Ghanaian community in the united kingdom has organised a traditional funeral rites for the late Prince Philip, the husband of the Queen Elizabeth. The Prince if we recalled passed away last week at the age of 99 years.

To honour his death, the Ghanaian community has organised a special funeral ceremony to serve as a far well ceremony for his departure. In a image shared online by some participants of the ceremony, people were seen in a traditional clothes of Ghana that are mostly worn at funeral gatherings.

However, some believe that such an act is an act of colonial mentality and mental slavery.

But some said it's just another unique way to show case our rich Ghanaian traditional culture to the people of United kingdom.

Some items seen at the ground include traditional Ghanaian drums for funeral and huge image of the late Prince Philip.Those who attended were clad in black and red attires, the colour of clothes mainly used in Ghana when one is mourning.

There were fontomfrom drums with drummers beating the Kete and Adowa dance tunes. The tunes are traditional dances for some ethnic groups in Ghana.

According to sources, the funeral was organised due to Ghana’s long-standing relationship with the UK. They said that if there was no restriction on social gatherings, they would have held the funeral at the venue of the main ceremony 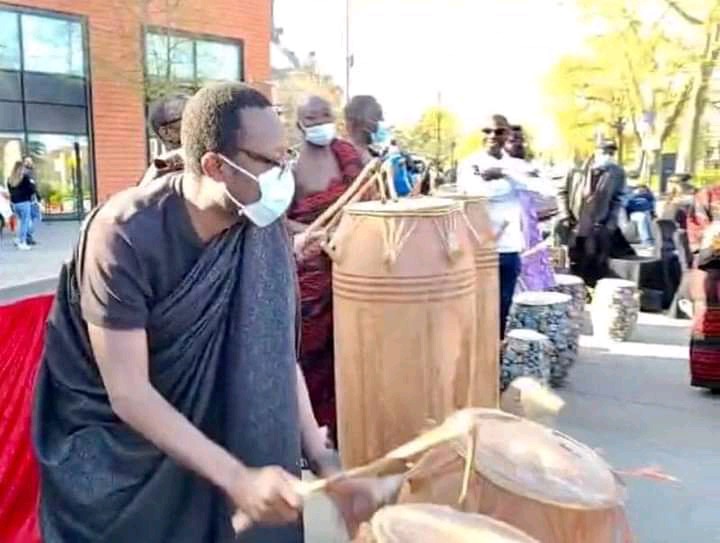 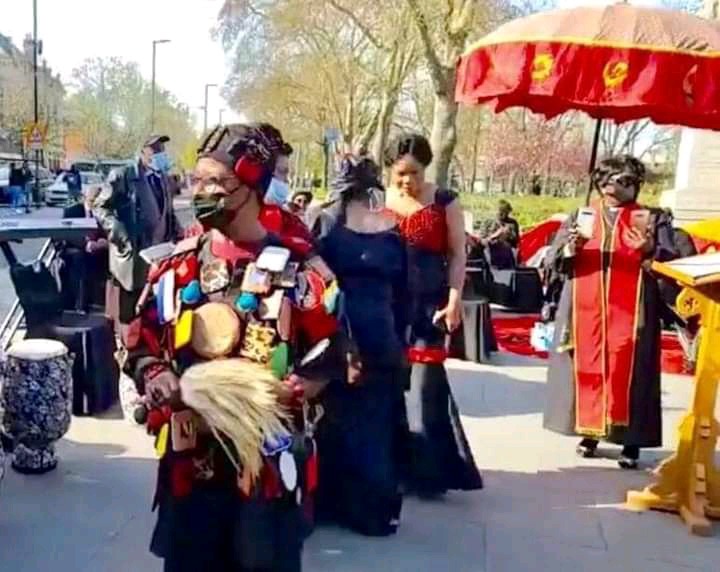 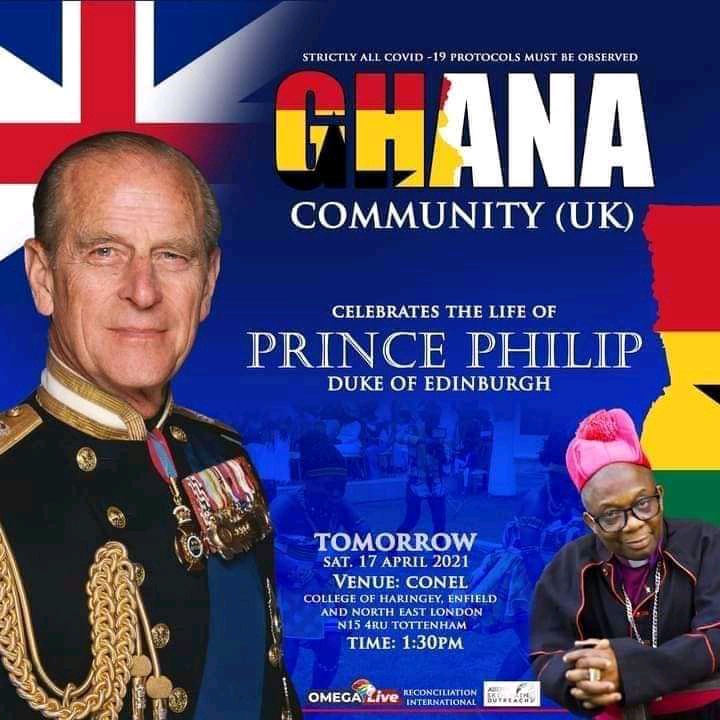