Ghana vs Ethiopia with their predictions Line up. 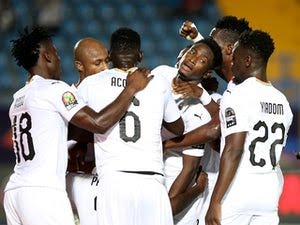 Ethiopia is one of the three teams that participated in the first African Cup of Nations in 1957 along with Sudan and Egypt. Ghana has positioned itself as one of the best teams in Africa. Under the pseudonym of the "Black Stars", named after the star of that color on their national flag, they began to achieve their first successes, which have kept them as one of the dominant teams in the African continent, not for nothing have they won the African cup of nations four times.

2006 they made their debut in the World Cup, when they participated in the competition held in Germany, where they performed outstandingly well, reaching the round of 16 after being eliminated by the Brazilian team. In 2010 in South Africa, the first held in the African continent, they reached the historic quarterfinals after losing against the Uruguayan team in the penalty shootout, the match would go down in history for the penalty missed by Asamoah Gyan, who had been a very important man in the fair, thanks to this, it was the best African team in the first World Cup held in the continent, and the only one that managed to overcome the first phase of the tournament, thus saving the pride of that first commitment.

At the domestic level, they have outstanding achievements and players who have helped them win the U-17 World Cup title twice and the U-20 World Cup in the 2009 edition organised in Egypt, where they beat the Brazilian national team on penalties.