By DemPolice (self meida writer) | 25 days 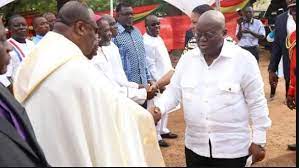 Both religion and politics have one common goal: that is to acquire political power and use it to fulfill their aims. However, to achieve this object, their methods are different. Religion mobilizes religious sensibilities of people in order to get their support to capture power; while politics uses intrigue, diplomacy, and makes attempt to win public opinion either democratically, if the system allows it, or usurps power with the help of army, if the society is under-developed and backward.

Therefore, in power struggle, both politics and religion make attempts to undermine each other. If religion holds political authority, its ambition is to exploit it to fulfill a divine mission. It claims that it derives authority from divinity and therefore its mission is holy, motivated to reform society under the spiritual guidance. Politics, on the contrary, bereft of any value, directs its policy on the needs and requirements of society whereupon, it obliges to change laws and system of government accordingly. This is a basic difference between two approaches of religion and politics.

Religion determines its authority on divine laws which could not be changed with human intervention, While in pragmatic political approach society should move ahead, change and adjust itself with the new arising challenges of time. In its secular approach man is responsible to determine his destiny. He is not under the control of divinity to remain submissive and inactive. On the contrary, he is supposed to initiate and plan to build a society according to his vision.

There are three models in history related to religion and politics. In one when religion and politics both unite with each other in an attempt to monopolize political power. We call it integration and sharing model. In the second model, politic, after subduing and overpowering religion, uses it for its interests. In this model religion plays subservient role to politics. In the third model both come into conflict with each other that subsequently lead their separation. In this model they appear as rivals and compete to struggle for domination.

Ladies Determine Your Body Shape By Doing The Following

Funny pictures today on the Internet.

Pray at this time for best results no matter your religion.