By Ccobbina (self media writer) | 14 days ago 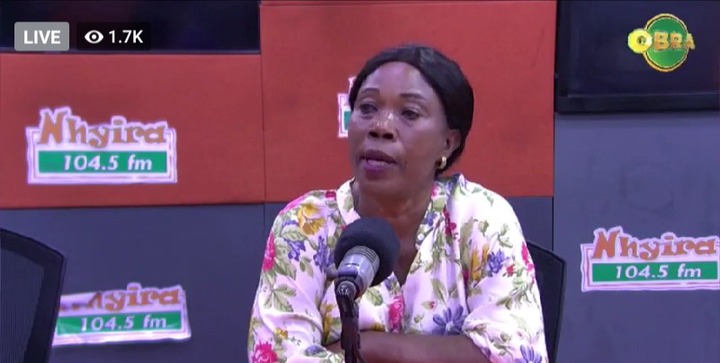 Maame brago narrates the reasons why won't allow her late brother's wife to take over the land he bought. According to the woman, her late brother was very healthy when he travelled with his wife for three days, unfortunately, her brother died at that place. They did the burial service before the whole family sat down to organise her brother's funeral rites.

The woman said after performing the funeral rites, the family members decided to give the house her brother built to her sister-in-law and her children. The woman claims her sister-in-law told them that she doesn't know any of her late husband's property. Fortunately for them, a man informed them about some 10 acres of land her brother bought at a different place. But her sister-in-law got angry with that man who revealed the truth to them.

They went to the chief's palace to discuss about that land but the chief gave them only 5 acres out of the land. Maame Brago said the her brother's wife again made a fence around that land within few weeks. They too have decided to sell that land and pay for the GHC80,000 loan they got for her brother's funeral. Maame Brago tells that they won't give her any chance to take that land because they have given her all the property apart from that 5 acres of land.

According to the widow named Nana Akua, her in-laws shared the house among her children and stepchildren and were staying peacefully at that place. But she worked hard to help her late husband to buy that 10 acres of land that's why she won't allow the family members to take the five acres of land. The family members insisted that they want to sell it and used the money to pay for their loan.

I Chose Nudity Because I Was Once Homeless - Shugatiti

“Coaching in Ghana is The Most Difficult Job” - Asare

Use These 5 Home Remedies To Treat Urinary Tract Infection (UTI)

President Akufo-Addo Is Becoming Too Insensitive. Finance Minister Must Be Fired - Sammy Gyamfi