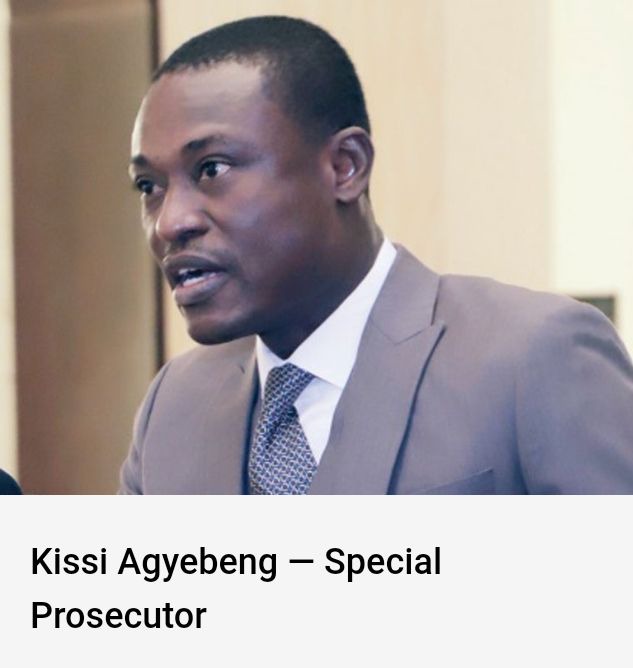 The Office of the Special Prosecutor (OSP) has frozen the assets of former Chief Executive Officer of the Forestry Commission Kwadwo Owusu Afriyie, commonly known as Sir John, as he continues to investigate allegations of illegal acquisition of government land.

The lawsuit affects all assets named in Sir John's last will and will.

The Office of the Special Prosecutor (OSP) told the Daily Graph that the move was intended to prevent the late Sir John's executors and beneficiaries from wasting his fortune before the investigation was completed.

OSP is currently investigating allegations of corruption and corruption-related misconduct relating to the alleged wrongful and illegal acquisition of government property in the Achimota Forest Area and Sakumono Ramsar Watershed in Accra, as detailed in the late Sir John's will.

"If you don't freeze the asset until the investigation is complete, the property you may be investigating may not be there," explains OSP.

The bureau noted that other assets, such as offshore accounts, were also being investigated outside of jurisdiction and that the OSP was seeking assistance from overseas counterparts to freeze them.

"We need the cooperation of our counterparts overseas to track and freeze these assets as Ghanaian law does not apply in this jurisdiction and we therefore need mutual legal assistance to do so," he added.

OSP further announced that a number of people, notably officials from the Forestry Commission, Ministry of Land and Natural Resources, beneficiaries and implementers, would be invited by the office to assist with the investigation.

The investigation follows a petition by Corruption Watch, a coalition of civil society anti-corruption organizations including the Ghana Integrity Initiative (GII), Ghana Anti-Corruption Coalition (GACC), Africa Center for International Law and Accountability (ACILA) and multimedia. platforms, Joy FM and Adom FM, who asked Special Counsel to investigate the acquisition of government property in the Achimota Forest and the Ramsar site in Sakumono by three companies and two individuals included in Sir John's last will and will.

The companies are Jakaypros Limited, Fasoh Limited and DML Limited while the individuals are Charles Owusu and Sir John.

The petition comes as a result of public outcry over wills and wills in which Sir John has bequeathed several hectares of Achimota Forest and Ramsar sites in perpetuity to beneficiaries.

Rumors circulating in recent weeks have left many Ghanaians wondering how the late Sir John got his hands on state property and bequeathed it to his family members.

The Achimota Forest has been in the news for the past few weeks after the government cleared the periphery to return it to its original owner.

Many civil society organizations and individuals opposed the government's move, with some claiming the move would affect the ecological integrity of the forest, while land would also be distributed among government officials, which the government has denied.

The group believes that Sir John abused his public office and used it dishonestly for personal gain.

Because of this, the anti-corruption group wants a special prosecutor to determine how state land was obtained from Sir John and return it to the state if it is found to have been obtained illegally.