The Ghana Football Association (GFA) has been struck with another scandal. The last round of matches to wrap up the 2020/2021 season between Ashgold and Inter Allies, which ended in a 7:0 win in favor of Ashgold, has been ridden with allegations of match-fixing.

In a video that has gone viral on social media, a player from Inter Allies is seen scoring two deliberate own goals. This unhealthy development has opened the Pandora box for many people to make their allegations of match fixings. 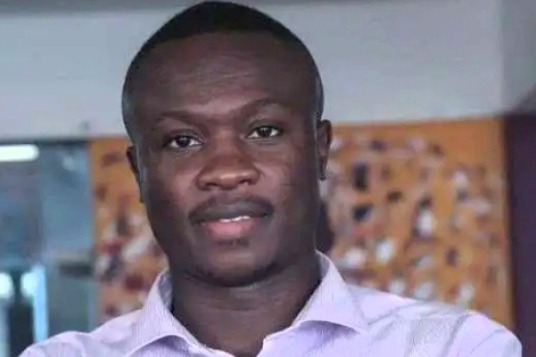 An award-winning sports journalist, Saddick Adams ( Sports Obama), has revealed that when Ashgold played King Faisal in that 5-1 thriller, a betting company sent him a report of the match being fixed. 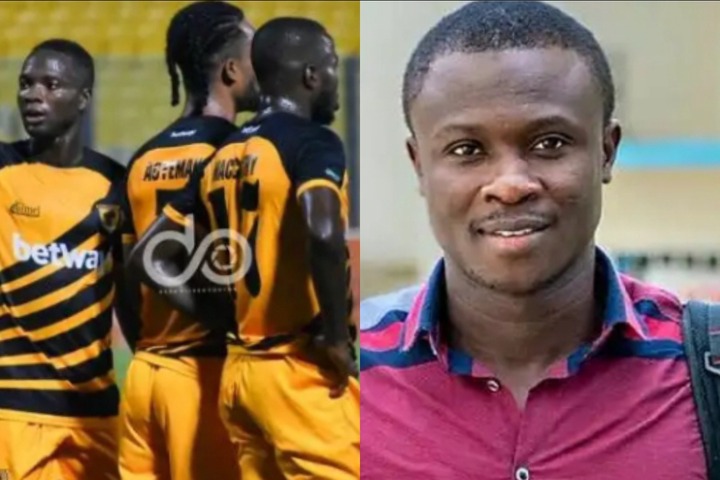 "When Ashgold played King Faisal in that 5-1 thriller, a Betting Company sent me a report of the match being fixed. At least three numbers each staked 10,000 cedis on correct score 2 hours before the game. The numbers were traced, and they were persons closer to Ashgold."

According to Saddick Adams, he sent this intel to a powerful GFA official and hinted at King Faisal about it. The match happened, and the same scoreline came to pass.

He added that he doesn't want to say much, but this is a cartel. The Inter Allies player just lifted a lid of boiling mess. 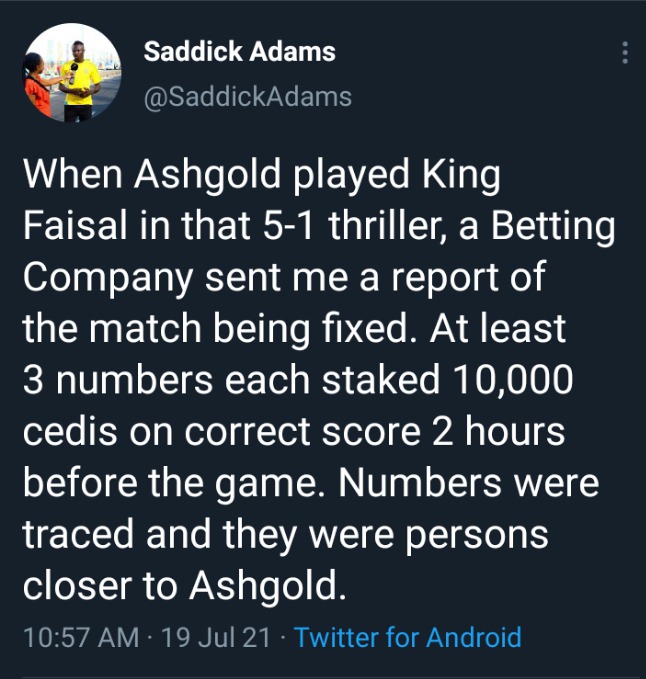 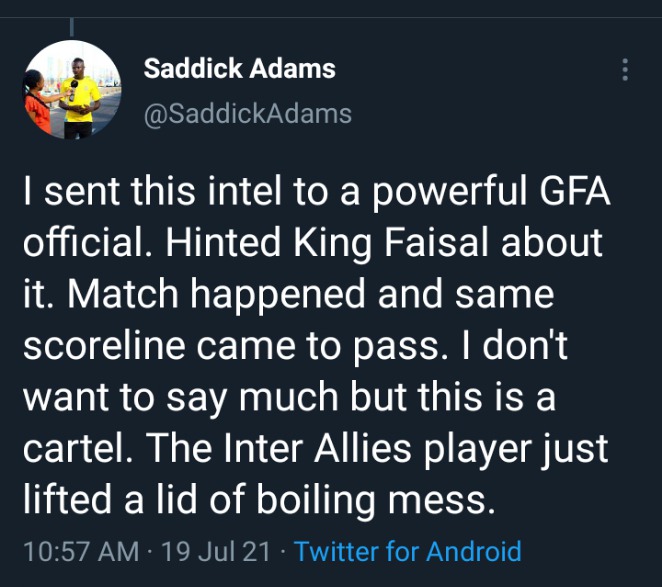