The Next Step For Barcelona In The Transfer Market

By Abigail.blog (self media writer) | 24 days ago 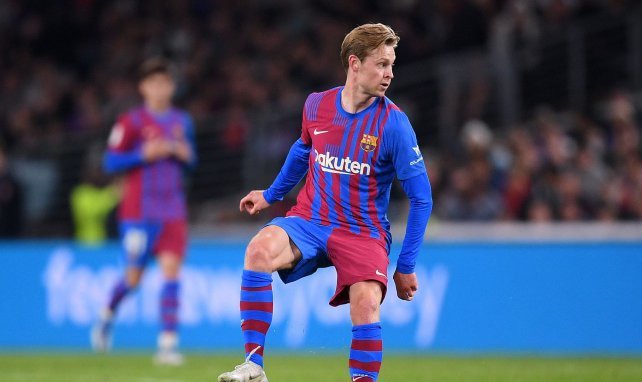 An information from Marca this Sunday tells us that FC Barcelona is the third team that has spent the most this summer after Manchester City and Leeds United with €100 million without counting variables. All this in four signings (two were free) and he has also renewed Sergi Roberto and Ousmane Dembélé.

In the midst of a clear context of global economic crisis and especially within the club. In fact they can't sign up any of these six players pending sales. So they turn their eyes again to a Frenkie De Jong who, although he has gone on tour in the United States making it clear that he does not want to leave, will receive new pressure in this regard.

Their next step is for Barcelona to sell and get new arrivals to the club. The only possible big move they look at is Frankie De Jong to Manchester United. The midfielder has Manchester United as a great suitor and a closed agreement between clubs. It is also rumored that Bayern Munich could be a good destination for him because his friend Mathijs De Ligt will be there and he could play in the Champions League, unlike what happens with the Red Devils. But he continues to refuse the transfer for now, although he has a month and a half left to try that exit.

And Sport tells on its cover today that the Catalans want to continue advancing on the other hand in new arrivals. Jules Koundé is Joan Laporta's great defensive hope, but the club wants to know his physical condition before making any moves. And they do not forget either César Azpilicueta or Marcos Alonso, in theory more affordable defenses.

Some Abandoned state-owned facilities that will leave you stunned

Mad Man Confronted A Man Who Was Beating Him With A Stick; Video Causes Stir On Social Media