Jadon SCAMcho, bought for £73m. Zero goals and assists after seven games. Is he a flop?

Manchester have a night to forget, following another horrible display and an embarrassing loss to Westham United in the English league Cup ( Carabao cup). Manuel Lanzini's 9th minutes goal was the only goal recorded in the game as the Red devils were eliminated from the competition by the Hammers. The loss have left Manchester United fans agitated and have singled out some players for criticisms with one of them being their marquee summer signing, Jadon Sancho. 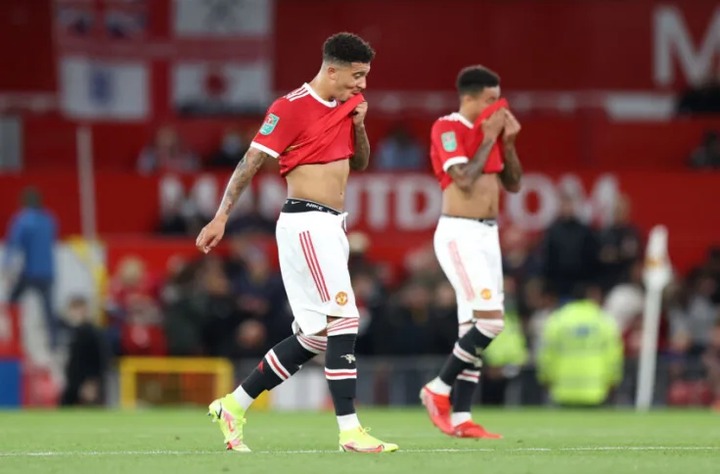 The highly rated English winger has been unbelievably underwhelming since his big money move to the theatre of dreams, and has got fans and trolls already tagging him a flop. Prior to his move to Manchester united, Sancho made a big statement in Germany, were he racked up an amazing 50 goals and 64 assists after 137 appearances for Dortmund, and was considered one of the brightest stars in the Bundesliga. His sparkling displays didn't only get him in the spotlight but skyrocketed his value, and when teams began to make approaches for the promising winger, Borussia Dortmund slaped €120m on him. 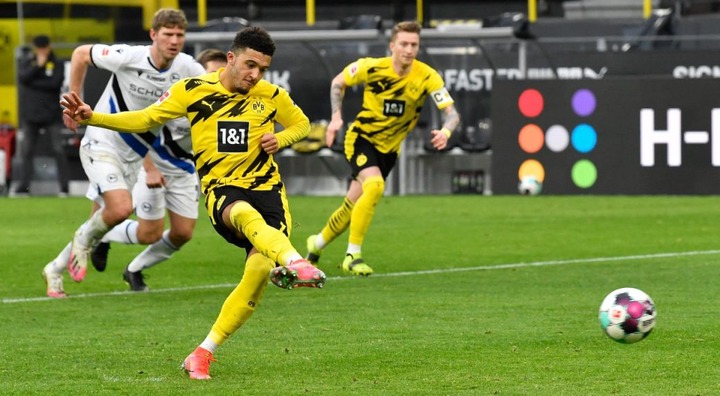 Manchester United pursued Sancho in the summer of 2020, but failed to reach an agreement with Dortmund to purchase him until this year, were his transfer pushed through. United fans anticipated Sancho to thrill Old Trafford just like he used to do at Signal Iduna, but his performances so far has been nothing to write home about.

Faultfinders were quite lenient with their criticisms after his first few games, as they felt the 21year old was still adapting to Ole Gunnar Solskjaer's style, however Sancho was once again toothless, uninspiring and wasteful, failing to justify his £73m fees today, as Red devils were painfully eliminated from the English league Cup. 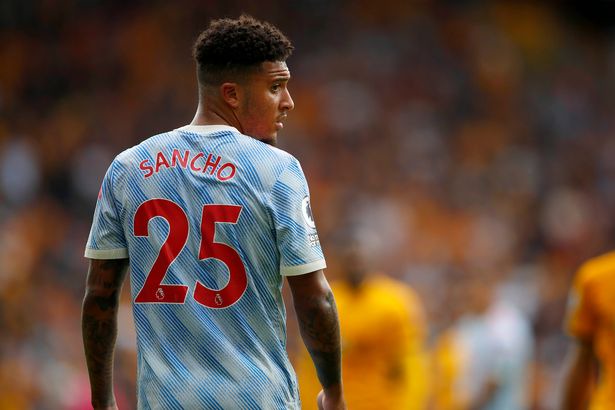 Some section of Manchester United fans continue to argue that, it is too early draw conclusions on his performances which is somewhat agreeable. Nonetheless, after 7 games with zero goals and assists, the question which has popped up and left unanswered is, Is Jadon Sancho a flop?