By Alberto_Dunamis (self meida writer) | 27 days 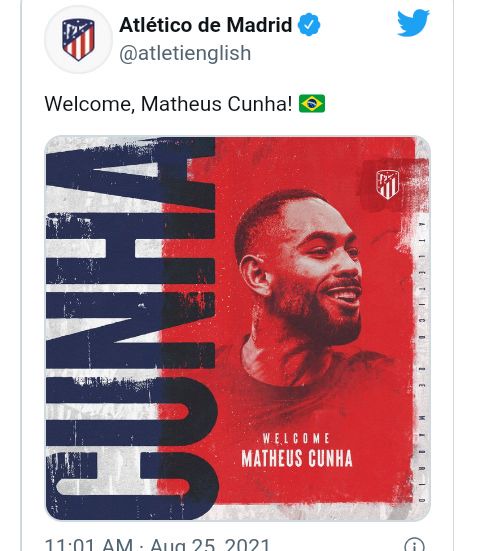 The Brazilian striker ,who was linked to Leeds united football club earlier this summer, made his future clear to the la Liga champs through 2026.

Atletico Madrid completed the signing of Mathieu’s Cunha from German Bundesliga side Hertha Berlin for a reported fee of €26 million (£20m/¢31m).

After several report earlier this week that Atletico Madrid turn their attention to Cunha after failing to strike a deal with Dusan Vlahovic of Fiorentina , with Diego Simeone eager to get a new striker to his squad before the end of summer transfer which ends on 31st august .

The contract which include 10 percent sell on clause for the German club was agreed by the la liga champs, with Cunha the Brazilian committing to a five year contract at the Wanda Metropolitano.

What Will Cunha Bring To Atletico Madrid

Mathieu’s Cunha is a versatile player capable of 0perating as center forward, a winger or a traditional number 10. With explosive turn of pace and has the vision or an eye for goal.

The 22 year old born on (may 27, 1999) built on a strong 2020/21 campaign at Hertha Berlin by helping the Brazil Olympic team to win gold at the just ended Olympics games, scoring three goals. 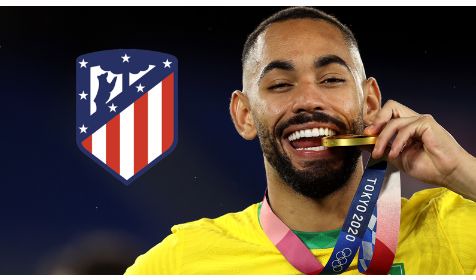 Cunha will add a great impact to simeone’s striking force and Atletico team who are fighting for the ultimate on both the domestic and European fronts. Again  Cunha will have to compete with the likes of Luis Suarez and Angel Correa.

Cunha the talented striker appeared in 40 game across all domestic games recording 13 goals and 10 assists, he was involved in in 23 goals out of 40 matches he played.