He's A Rare Entrepreneur, Leader, Strategist and Pilot, Every Voltarian Must Be Proud of Him. PICS

Togbe Afede XIV (born James Akpo on 23 April 1957) is the Agbogbomefia of the Asogli State, President of Asogli Traditional Area, and former President of the National House of Chiefs.

Togbe Afede XIV is one among any Chiefs/Kings in this country, after my research revealed that, he is not just sitting on a stool and adorning his hands and feet with gold ornaments, but have been behind some of the most flourishing business investments and management in the country. 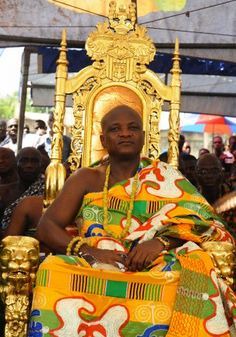 Many are aware that, Ken Ofori Atta's "Databank" was one of the novel investment purposed financial institutions in the country and sub region and they are expanding into several African markets and it will interest you to know that, one of four (4) partners who came together, to start their operations in Ghana included Togbe Afede XIV.

The details of the fact is that, Ofori-Atta co-Founded Databank Financial Services with Daniel Ofori-Atta, Keli Gadzekpo (who now heads Enterprise Group and sits on the Board of Directors of the Bank of Ghana) and Togbe Afede XIV in 1990.

Again, in the energy sector also, he is a force to reckon with. In a Facebook post by the Ministry of Energy in March, they posted that: 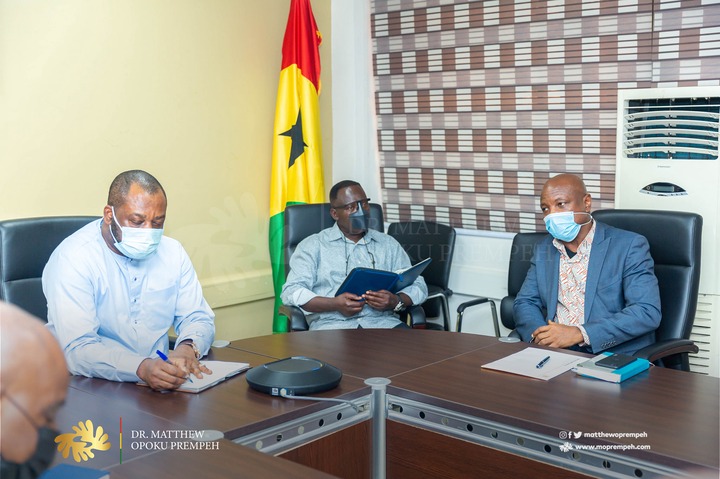 "A six-member delegation from the Sunan Asogli Power Ltd, led by Togbe Afede XIV, co-founder of the company paid a courtesy call on the minister of energy at his office. The purpose of their visit was to formally welcome me, to the energy sector and also brief me on the company’s profile and its operations in Ghana, together with its future plans.

Asogli Power is a longstanding partner in energy delivery in this country, with its 560MW plant occupying 15% of the market share and with projects in several countries across Africa. Its plans and proposals on renewable energy sources such as solar, wind and waste-to-energy projects are interesting.

The Ministry of Energy will look at its expansion plans and discuss the way forward accordingly," it stated.

Clearly, it summarizes his influential role in power production in the country. It is worth noting that, his firm, is one of few Independent Power Producers in the country and have been here, even before the emergency electricity needs, brought a few others, such as Karpower and Ameri during Mahama's term, contracts, that have been extended under the current government.

Again, he ha investments in the aviation sector, as he owns the renowned African World Airways firm, probably, the only largest local airline firm, targeting local travels and those within the sub-region specifically only. 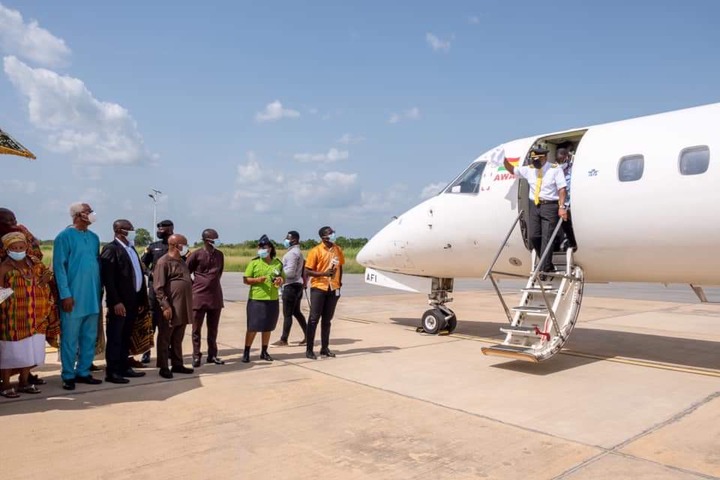 Even more interestingly, is the fact that, on Thursday, April 15, 2021, his firm, the Africa World Airline (AWA) embarked on a flight , which safely landed at the Ho Airport and the next big news however was that Togbe Afede XIV, the Agbogbomefia of Asogli State and CEO of AWA was also the co-pilot on the flight.

The Ho Airport, which had been one of the flagship projects of John Mahama in the Volta Region which gives his party, the National Democratic Congress (NDC), a huge chunk of its electoral votes, has since not become operational, the NDC lost the 2016 general election to the NPP’s Akufo-Addo.

And for almost four years after construction, the Ho Airport only welcome its first flight, when Africa World Airline landed its Embraer 145 on April 15 with Captain Kwesi Oteng, Chief Operations Officer of the Airline and Togbe Afede XIV as the co-pilot. Little wonder then that chiefs and indigenes were in attendance, to witness this historic flight. 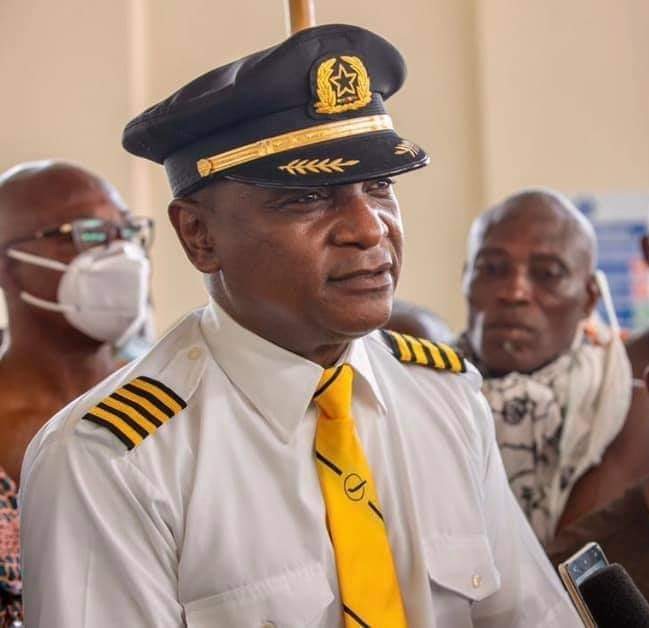 This feat achieved, will therefore attract commendation from the leadership of the Volta Regional House of Chiefs, who congratulated Torgbui Afede XIV, the Agbogbomefia of the Asogli State and owner of Africa World Airline (AWA) on their successful test flight from Accra to Ho Airport.

According to the statement which was signed by Togbui Tepre Hodo IV, President of the Volta Regional House of Chiefs, the event was conceived and executed through the able collaboration of their own son Torgbui Afede whom they were informed was the co-pilot on the said flight from Accra to the native land, Ho.

It indicated that the House is hopeful with fervent prayers that this is a signal for opening up of the region and added that, patronage of the Ho airport will go a long way to bring development and growth to the region and the country at large.

The chiefs are hoping the Ho airport, will be seriously considered as an alternative arrival and departure point for flights in addition to Kotoka International Airport, it stated. 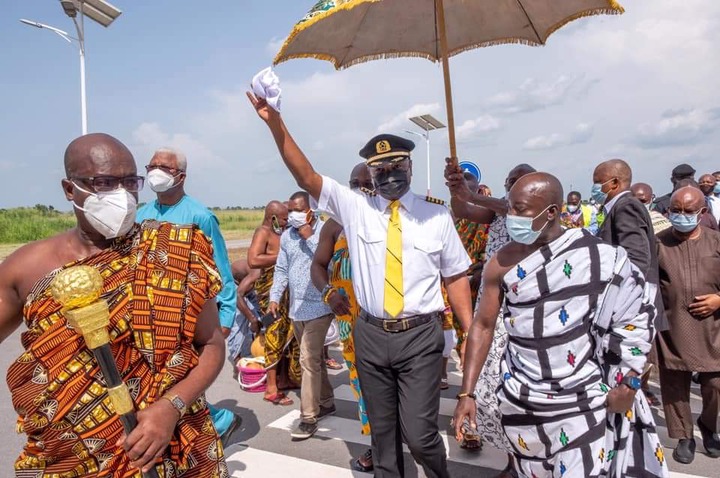 Togbe Afede XIV, holds a BSc Administration (Accounting Option) from the University of Ghana and an MBA from the Yale University School of Management in the United States. He is the founder and CEO of SAS Finance Group Ltd, an investment banking firm, and Strategic Initiatives Ltd, a private equity and portfolio investment firm. He has more than 18 years of experience as an investment banker and entrepreneur.

Togbe, has gathered enormous experience as a worker in different companies. He worked with the erstwhile, Bank for Housing and Construction as a planning officer, Ghana Cocoa Marketing Board as an Accountant and lecturer in Economics and Accounting at Sokoto State Polytechnic School of Management Studies in Nigeria.

He also lectured at the School of Administration, University of Ghana, where he taught Financial Accounting and Accounting Theory. As a known industrious and innovative person, Togbe was one of the Co-founders of Databank Financial Services Ltd.

He also served as a member of the President of Ghana’s Economic Advisory Council under the late President John Atta Mill of Ghana and has received many national and international awards. Some of these awards include: Liberia’s Golden Image Award in 2011 for peace development initiatives , presented to him by the President of Liberia, Madam Ellen Johnson Sirleaf, the Order of the Volta Officer, presented to him by former President of Ghana J.A. Kufuor, (3rd July, 2008), Planters of Seed Award at the Ghana Club 100 Awards ceremony.

At the Millennium Excellence Awards on the 19th of August, 2005, Togbe won the personality of the year award, for his tremendous contributions to the progress of the society.