Factors of unity in a society

When we consider all the sufferings that have been instrumental in the birth and emergence of nations up to now and compare them with each other, we will find a common factor at work among them.

For instance when we examine the circumstances that were responsible for the German philosopher Fichte's intense and enthusiastic campaign for arousing German nationalistic sentiments the circumstances that or compelled a Gandhi or a Garibaldi to struggle for the freedom of India and Italy respectively, or the conditions under which the people of Vietnam and Palestine started their campaign for independence and freedom as remedies for the maladies afflicting them. 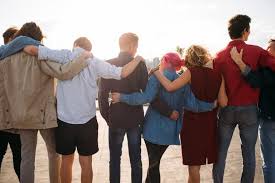 These and many other such instances will show that whenever a group of people arise in revolt and launch a struggle for freedom, two factors have common in all these instances. Firstly, the feeling of injury caused through the domination of rulers and their institutions. Secondly, an urge to negate this domination. Fichte wanted to free the German nation from the French political and cultural influence and domination. Gandhi wanted to free India from the British political, cultural and economical exploitation of his people and country. Algeria struggled against French occupation.

Therefore the common factor among the sufferings and aspirations that lead to the emergence of the world's nations has been the sense of suffering itself and the will to eradicate injustices and establish a just order. Why is it that nationalism comes into existence during the days of deprivations, with the hardships of oppression, transgression, exploitation and colonization? Because it is the days of afflictions, deprivations, of loosing affections and mercies, of toil and struggle for changing his situation that makes man better at knowing himself, his nature and this reality and will, presents to him values and human virtues. 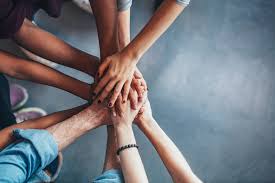 When a man faces oppression, felony, infidelity, corruption and suffers from them, then only does the love of justice and its reality awaken in him. These are the uniting factors and they have the quality of uniting people. Man is that type of being that in his inner conscience and perception loves justice, piety and truth. This love can at appear at different times and different places, and in different colours and shapes.

From what has transpired it can be considered that the factor is either deprivation from pleasure (enjoyment). or the governing (ones) and the governed (ones), that specify people's ranks and the real demarcation between them. Tivermand the western writer and researcher also classified the present nations of the world into two camps: the deprived and the exploiters or industrialized and underdeveloped countries.

This separation and distinction even though it conforms for the most part to the present world, but it is not the whole reality. If people were to be classified into two nations of governing and the governed, will all the deprived ones really come under one rank? Frantz Fanon in this regard says: "Black chauvinism in Black literature is an emotional if not logical - anti-thesis of the indignities that are heaped upon humanity by the white man. 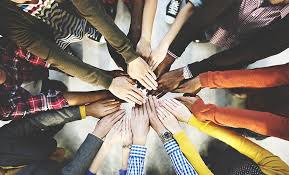 A revolt against the white mans contempt, it is, in some cases, the best means of overthrowing the restrictions and insults imposed upon the blacks as the intellectuals of Guinea and Kenya more than anything else seen themselves face to face with total rejection and al-round humiliation by the dominant power, their reaction is that of self praise and self glorification; the unquestioned justification of the African culture takes the place of unconditional affirmation of the Western culture.

The poets of the Black movement array the old and worn out forces against the young Africa, morbid reason against poetry, and oppressive logic against an ebullient nature. On the one side is violence, hostility and scepticism, and on the other purity, fervour, unity, freedom and the fertility and bounteousness irresponsibility." of the earth, but also the irresponsibility pointed out by Fanon results from the fact that the that common suffering and aspiration that have emerged in African society are still weak in respect of perception of goals and objectives.

The anti-imperialist movement of the Black continent against oppression and the injustice of the whites so far as it aims at uprooting injustice and discrimination and establishing human rights is sacred; but when it assumes the form of revenge, praising oneself, longing for government and new exploitation it will be a small introduction, pride and ambition and seeks privileges of a new kind, it also in turn lays down the foundation of a new injustice which has not yet found any outlet. 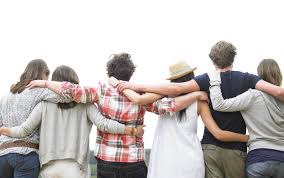 Hence the question of objectives also gains importance with regard to deprivation and slavery of nations. If the Black movement were to mature into devotion to truth and justice then a rightly directed and blossoming movement will bear its fruits.

Therefore the movements and struggles motivated by common sufferings and aspirations are to be judged by their objectives: whether they are govern by righteousness, justice and freedom or their objective is domination, new privileges and the acquisition of benefits and advantages. This is something which is derived from the ideology, faith and outlook of the leaders of a national movement.