The Ex-President of Ghana, His Excellency Hon. John Dramani Mahama is on his thank-you tour to thank Ghanaians for their support in the 2020 elections. He is currently in the Ashanti region after he spent some days in the Western North Region. In an interview on Prophet 1 TV, owned by Prophet Opambour in Kumasi. In the interview, he addressed issues concerning the incident that occurred at Ejura where soldiers shot at residents in the area, with one losing his life. 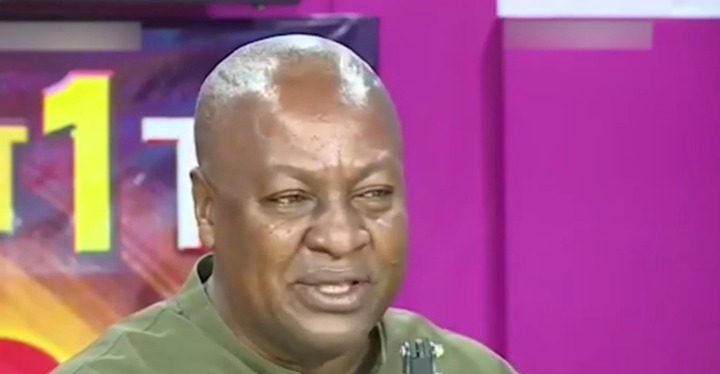 After the incident, a commission of enquiry was set up to investigate the matter. The medical superintendent of the Ejura Government Hospital was invited to give his witness. The former president claimed that the testimony given by the Medical Superintendent did not appease the government and because of this he has been transferred to a health centre, and this is nothing less than a demotion.

He added that he heard from the residents that, the medical superintendent who has just been transferred was the one who came to transform the phase of Ejura Hospital. He said that the Hospital had challenges with water access. But the Doctor arranged to get poly tanks for the hospital and the hospital now has a free flow of water.

Again he mentioned that it is rumoured in the town the one who has been appointed by the government to replace him as Medical Superintendent at Ejura Hospital completed Medical school just 2 years ago, with little experience for such a position.

The former President said he is saddened by such behaviour displayed by the government and added that with this kind of behaviour, the country cannot move forward. On his tour, he has been received to so many radio and TV stations in various parts of the country. He has made several statements including the famous "Do or Die Statement".