Why Are Planes Sprayed With Water Immediately They Land?

By Ericajenny (self meida writer) | 19 days

We have both been witnessing occasions where planes are sprayed with water immediately they land from various destinations.

This is called 'water salute'. Some people had a fallacy that water is sprayed over the planes to cool them down.

However, this is not the case. Basically, water salute is performed to an airplane that is about to retire from further services. This is especially when it has just finished the last flight on air. 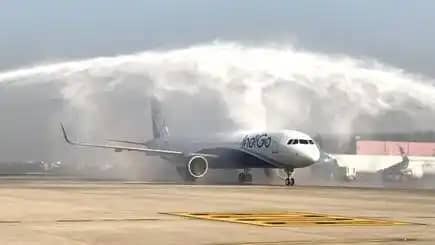 The spraying of airplanes as they land is a tradition known as the “water salute.” As explained by Wikipedia, it’s performed for ceremonial purposes, such as the retirement of an airplane. When an airplane makes its final flight, it’s honored with the water salute once it lands on the tarmac. Airport workers position two fire-fighting vehicles on opposite sides of the runway. As the airplane travels down the runway, the fire-fighting vehicles blast water over the airplane.

This is not routine however it is done on special occasions. Think the first flight of an airline to a new destination, the delivery of a new aircraft or the final departure of an aircraft set to retire. It can also be used to honour a special passanger such as president-elect Donald Trump after the US elections. A water salute, as the ceremony is called is not exclusively performed on long-haul aircraft although less common on short-haul flights. 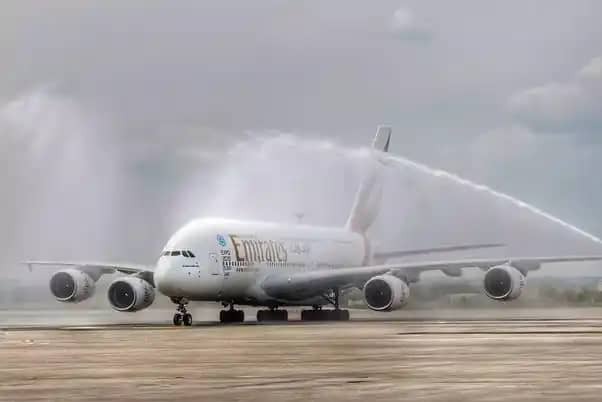 In this welcoming ritual, also known as a shower of affection, two fire engines parked on either side of the runway use their water cannons to create a giant arc above a plane as it taxies to its gate. With a little luck and a ray of sunshine, you might even see a rainbow. It’s a fun tradition – and an impressive sight to behold – but why do we do it?

Although the tradition’s origins are unclear, many believe that it comes from the shipping industry. Before the days of commercial air travel, people travelled the world on immense ocean liners. Before their first sea voyage, these gigantic ships would be inaugurated with a festive arc of water created by fireboats before heading out to open water and disappearing beyond the horizon.

The same ritual would be repeated at the ship’s first port of call. Because the worlds of air and sea travel have long been closely linked, there’s a good chance that our water salute is derived from this nautical tradition.