By Kwaolezzes (self meida writer) | 5 days 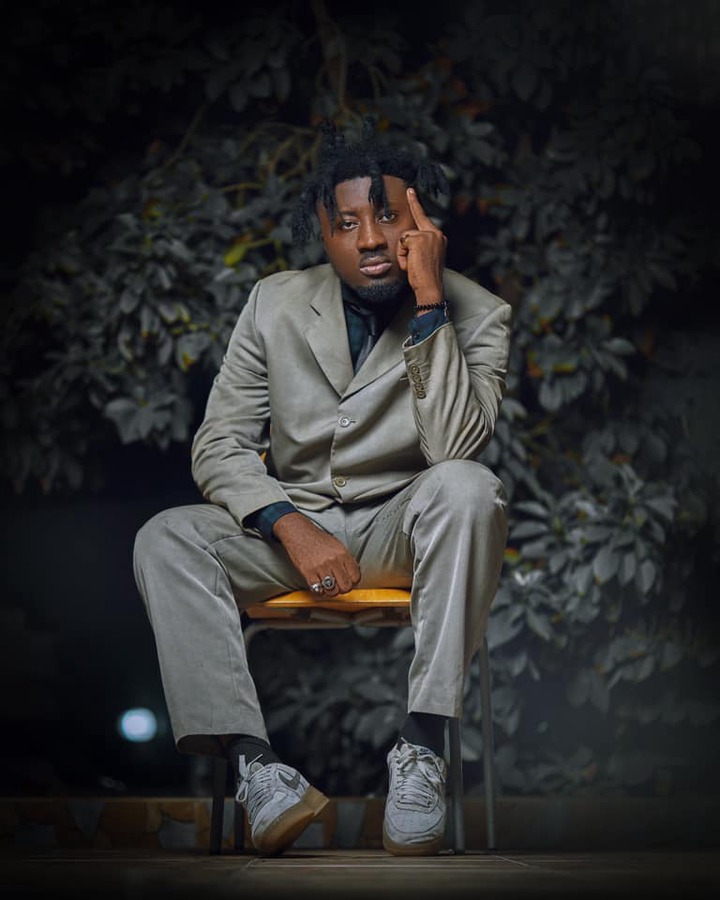 Last year was a tough year for everyone. The Covid-19 pandemic brought everything to a standstill all over the world. Fears were heightened, anxiety levels increased, economies started to crumble and sources of income ground to a halt. It wasn’t easy for entertainers. Music artists had no shows, some couldn’t make music because self-isolation was important. Everything seemed bleak and it was just a handful of artists who found a way to shine through and come out strong.

One of such artists was definitely Amerado. After being a part of Sarkodie’s Biibi Ba song and drawing people’s attention to his lyrical prowess, Amerado has been consistent and if anyone forgot about him, they definitely remembered again once he started his “Yeete Nsem” series.

There’s nothing more admirable than a rapper who rises to the occasion when the need to change with the times presents itself. It’s merely a testament to the artist's creativity and Amerado coming up with a way to entertain and inform people at a time where everyone was practically living on social media deserves some applause.

In the middle of the pandemic, Amerado presented Ghanaians a perfect combo: an entertaining news show delivered as music/freestyle to fans. At a time when “Asakaa” was gradually rousing Hip-hop in the GH music industry, Amerado was already spreading the gospel according to rap, every Friday through “Yeete Nsem”.

The “Yeete Nsem” Series was a weekly affair where Amerado freestyled or rapped about trending news topics, both local and international, social media and political issues…literally anything worth talking about. With time, as his audience grew, he included sports, added more entertaining rap features, and kept it going for over 40 episodes without missing a beat.

The “Yeete Nsem” episodes did so well he was consistently on YouTube’s charts and his Audiomack compilation made it to #41 on African Hip-hop Albums on Audiomack.

The “Yeete Nsem” episodes went from being just a YouTube series to becoming a compilation available on all streaming platforms.

With the least-watched video being at 100k, Amerado’s “Yeete Nsem” series was the perfect distraction. The popularity spilled over into mainstream media, getting him on several interviews, TV shows, and radio shows.

With each episode, Amerado flexed his versatility, proving his dexterity as a rapper by rapping over different beats and genres. He kept up the consistency by releasing music in between the “Yeete Nsem” series, still flaunting his versatility and talent, and the best part…he thrived and fed fans while the world crashed around everyone.

In summary below are some achievements of Amerado in 2020:

He accumulated over 10 million views across all platforms with Yeete Nsem.

He earned more than 100k subscribers on YouTube making him the 3rd most subscribed rapper in Ghana.

Yeete Nsem was the talk of Ghana and abroad.

For the first time, he got rap music loved by all; the young, old, and elderly with Yeete Nsem.

Grew his social media audience by more than half a million, no artist did that in 2020.

Connect with Amerado via:

Content created and supplied by: Kwaolezzes (via Opera News )