By Juniorholy96 (self meida writer) | 1 months 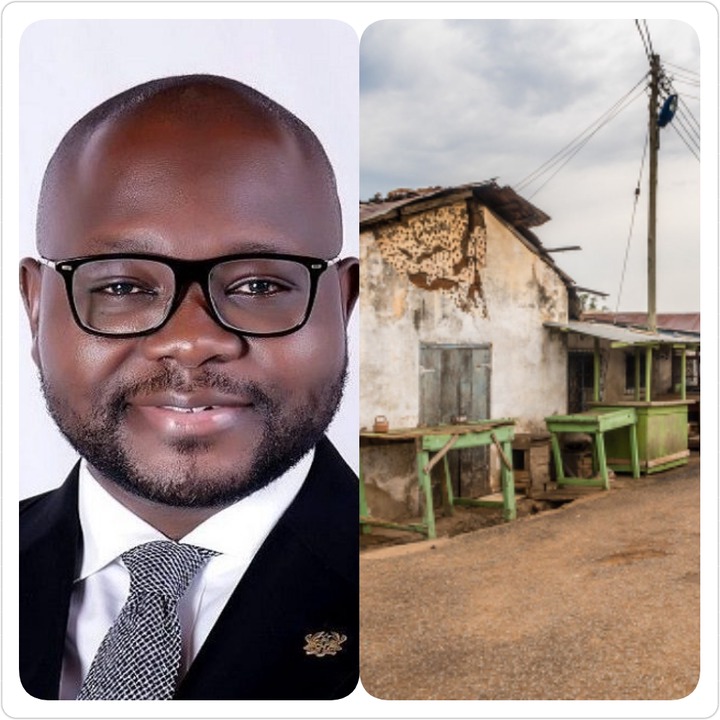 The Ministry of Works and Housing has declined claims reported by myjoyonline.com and other online media that Nima residents are delaying world-class projects.

"We state in no uncertain terms that the headline and report therein have no correlation with what the Minister said", the Ministry stated.

The Ministry in its press release further stated what exactly the Minister, Francis Asenso-Boakye had said.

"The Hon. Minister in a response to a question on the status of the proposed plan to redevelop Nima initiated by his predecessor, said:"

"The Nima redevelopment plan is still on the agenda of government, except that there is one fundamental challenge or obstacle we need to clear that has to do with the engagements of the stakeholders there. It [the project] looks promising when you see the plan, very beautiful plan but it will not necessarily be accepted. So, for instance, I have had engagements with the MP there and when I first mentioned it to him, I thought he was going to embrace it because it is a good project, but he tells me its not an easy matter, so we are currently putting together a team to start engagement. And once that is done, Nima is a prime area in Acera, and it will be very easy to attract investment for that redevelopment process and so that is the state (of the plan)", The Ministry noted. 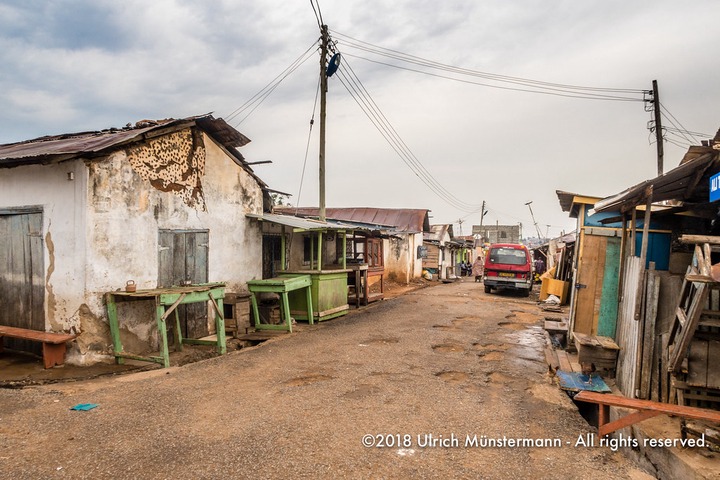 Furthermore, the Ministry has pointed out that on no grounds has the Minister blames residents of Nima for delaying world-class projects. The Ministry also encourages the media house responsible for the error to correct it.

"At no point did the Hon. Minister say, suggest, or infer that the attitude of Nima residents was delaying the project. We believe that the report was a misrepresentation of the Ministers response".

"We call on the media houses responsible for this, to correct their stories accordingly". The Ministry said. 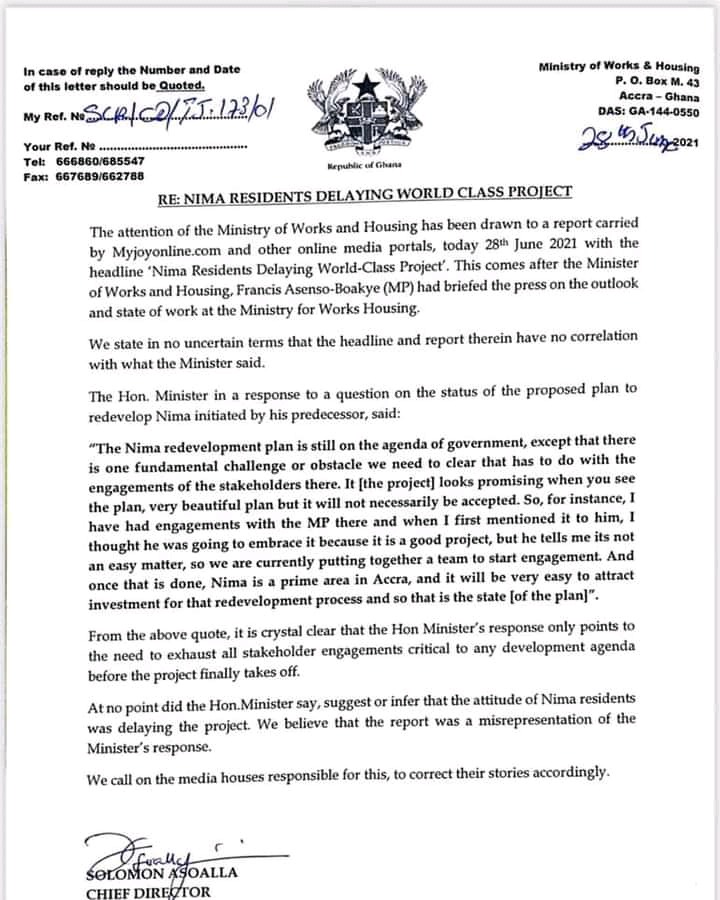