By Abdul-Jalilu (self meida writer) | 11 days 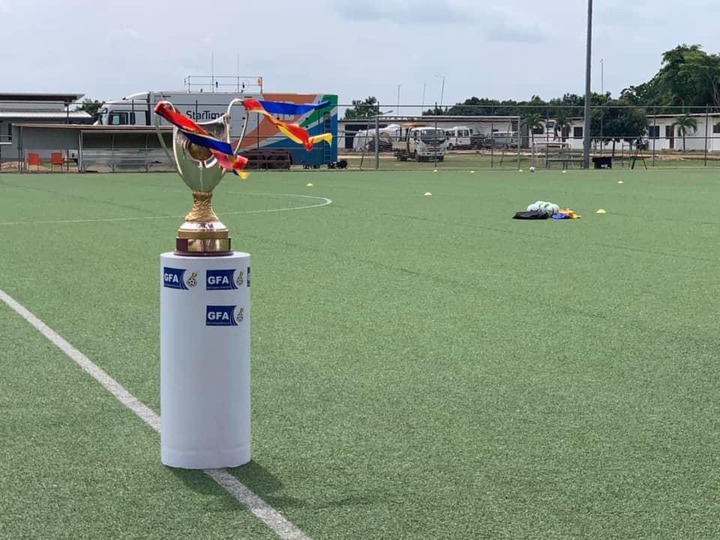 After eight months of matches, the Ghana Premier League recorded the final round of matches yesterday. Match day predictions, analyses and discussions are over until another season is birthed. The season cannot be exempted from controversies that almost ruined it, but at the brighter side, there are notable and mind-boggling happenings worth mentioning any moment from now.

Accra Hearts of Oak had a bad start to life I the league, but strategic recruitment by way of a coach and player turned things around. Former Medeama coach Samuel Boadu and Salifu Ibrahim, formerly of Eleven Wonders had instant impact after joining the Oak family. Coach Samuel Boadu got the best out his squad through team-building, cohesion and unity to outwit remaining teams and lift the trophy. All hands on deck symbolized the ambitions of the entire team. Each member of the technical team such as assistant Hamza Mohammed Obeng and welfare manager W. O. Tandoh executed their roles, with less blemishes. The impressive work ethics and conduct of players and technical handlers led them to success, of which a league trophy was clinched for the first time since 2009 season. They go down as the best assembled squad within the last decade, arguably. 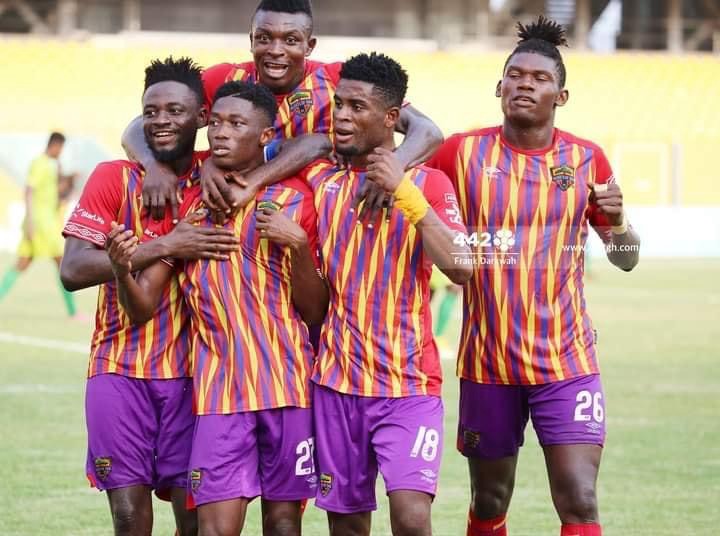 Another display worth a mention is the position of West African Football Academy, WAFA. The academy boys placed third with 56 points, for the first time since 2016. Investment by team owners paid off based on a consistent efforts and measures adopted by the team. They remain orchestrators of attractive football in the country. A fortified plans of wining the league could easily be pulled off by the youngsters. Aside placing third, they ended Accra Hearts of Oak unbeaten run in the league, while ensuring the Phobians celebrate their trophy success on a sad venture. 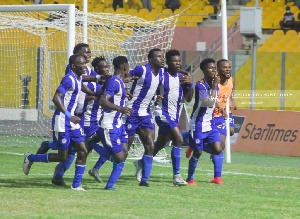 Coach Annor Walker stormed headlines after guarding Accra Great Olympics to the table’s summit in the early stages of the Ghana Premier League. Their fantasy bit them hard at the closure of the season, missing out on top 4. 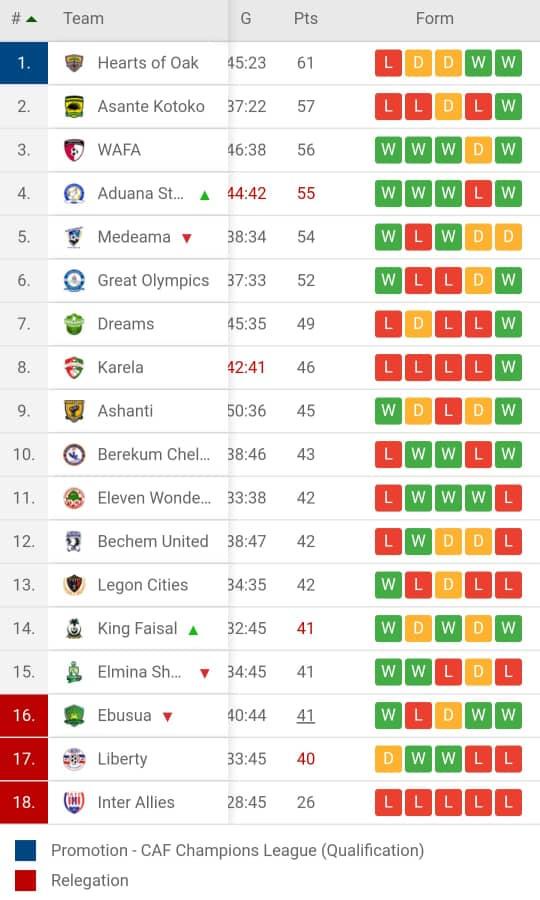 On the final day of the 2020/21 season, 4 teams were on the verge of relegation, aside Inter Allies. They had to approach the final day with all caution, as a defeat or draw could spell doom for them. King Faisal wrestled for a point against fellow strugglers Liberty Professionals to survive, while the latter bade a tearful farewell to elite football. Another struggler Elmina Sharks averted a drop out courtesy a 1 - 0 win over Asante Kotoko. This outcome squeezed neighbors Ebusua Dwarfs to demotion, even though they beat Bechem United 2 - 1.