The Definition of the word Bid`ah

The word Bid`ah in Arabic is derived from the root word Bada`ah, literally meaning to create a new thing without precedence. It is synonymous with the word Khalk that means to create something out of something else. The attributive name Al Badi is also derived from the same root to denote Allah as the Creator of things that had no previous existence. In the Qur'an Allah is Badi ussamawaati wal ard i.e. the Creator of the Heavens and Earth (out of nothing). Therefore, in its literal sense, the word Bid`ah has no negative connotations, it plainly refers to anything that comes into existence that is novel or not previously known.

In the technical sense, in the way it is used in the Shariah it means an addition to the Din of Islam that was not known or practised at the time of the Prophet sallallahu alayhi wa sallam or his companions.

The concept of Bid`ah in the Qur'an.

The Holy Qur’an, the primary source of Knowledge in Islam, has a most important proof of the permissibility of beneficial introductions into the Din. In surah Al-Hadid 57:16, Allah says:

As for monasticism, they invented it themselves, for we had not enjoined it on them, seeking thereby to please Allah; but they did not observe it faithfully. We rewarded only those who were truly faithful, but many of them were transgressors.

The word ‘invented’ used in the above passage is a translation of the Arabic word Ibtada’uha which literally means ‘they made a Bid’ah.’ The verse tells us that monasticism (Rahbaniyat) was instituted by the followers of the Prophet Isa alayhi salaam after him as a new act, as a Bid’ah, for the purpose of seeking the pleasure of Allah. Allah does not condemn this act but rather tells us that after its adoption it was not followed properly. It is clear that this verse contains an implied permission granted to them for this new act. If one reads the words carefully, it is apparent that if Allah were condemning the new act, then there would be no need to remark that they did not observe it faithfully. Having introduced this new act of monasticism, they should have fulfilled its conditions and requirements to achieve the purpose for which they had adopted in the first place. Instead Allah condemns those who, having adopted monasticism, did not perform it in the proper way: but many of them were transgressors. In fact not only was the new act permitted, but it was also rewarded, as the verse tells us: We rewarded only those who were truly faithful. In the context of the preceding part, this would refer to those who were true believers and fulfilled the conditions of the new act and thus achieving the target of seeking thereby to please Allah. 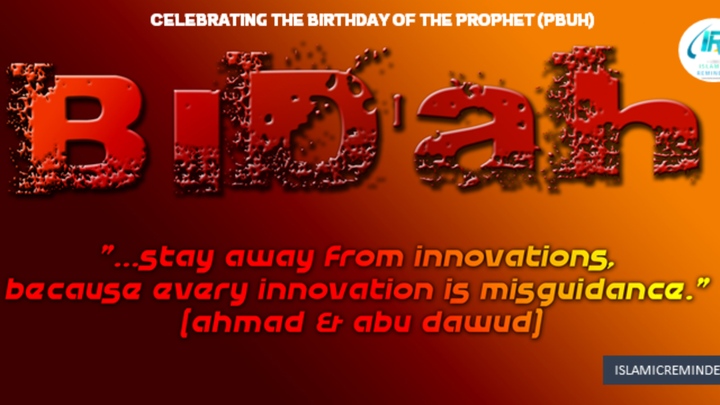 There is an important point to consider here. The practice of monasticism has been abrogated and cancelled in Islam, but the principle contained in this verse of the acceptability of a new act performed with the correct intention and fulfilling certain conditions is not abrogated, but remains. The new practice introduced for the pleasure of Allah, in the principles of Islamic jurisprudence becomes a Bid’ah of guidance; that which violates the laws of Shari’ah becomes a Bid’ah of misguidance (see later).